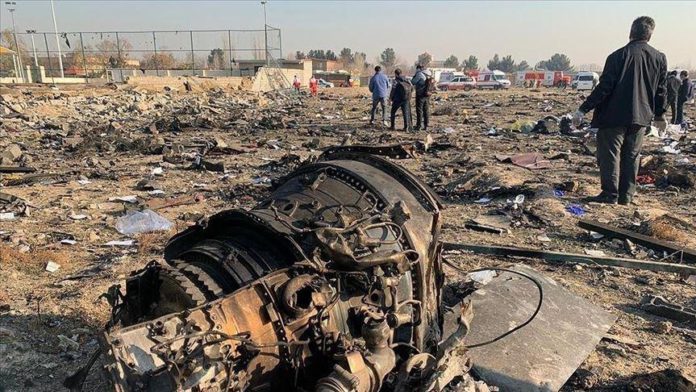 A Canadian court on Tuesday awarded $107 million to the families of the people who died when a Ukraine International Airlines plane was downed almost two years ago.

The lawsuit was filed by the families of six Canadian citizens who lost their lives aboard Flight 752.

The plane crashed near Tehran after it was shot down by Iran’s Revolutionary Guards on Jan. 8, 2020, killing all 176 people on board.

The family members awarded compensation by the court lost spouses, siblings, children, nieces and nephews, according to a statement from their lawyer Mark Arnold.

Ontario’s Superior Court of Justice awarded $100 million in punitive damages to be shared by the estates of the six victims. The decision awarded another $1 million to family members for the loss of guidance, care and companionship, and $6 million for pain and suffering.

Arnold has said that his team will look to seize Iranian assets in Canada and abroad. He said Iran has oil tankers in other countries and his team will be looking to seize whatever it can to pay what the families are owed.

The Boeing 737-800 of the Ukrainian International Airlines crashed shortly after takeoff from Tehran’s Imam Khomeini International Airport just hours after Iran’s Revolutionary Guards launched more than a dozen ballistic missiles targeting US troops in Iraq in retaliation for the killing of Qasem Soleimani, a top Iranian general.

Iranian authorities did not accept the claims that the plane was shot down, and then the General Staff announced that the Ukrainian plane was accidentally shot down by two missiles launched by the air defense system as a result of “human error” while passing over a “sensitive military point”.

Iran announced that it would pay $150,000 compensation to the families of those who lost their lives in December 2020, about a year after the incident.