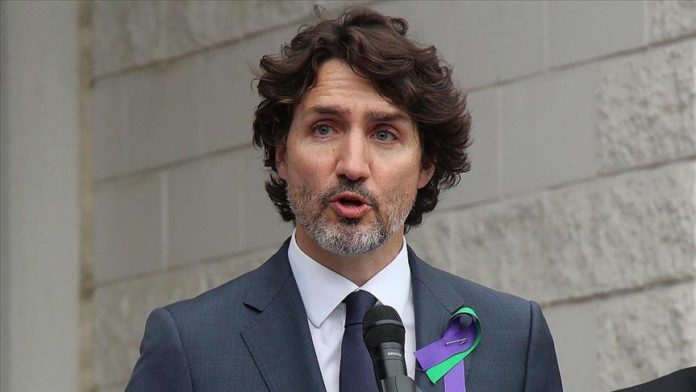 Liberal leader Justin Trudeau was pelted by gravel and his campaign bus was surrounded by angry protesters at an event Monday.

He confirmed later that he was not hurt in the incident, which occurred in London, Ontario, southwest of Toronto.

Trudeau — who under Canadian election rules is not referred to as prime minister unless he is officially acting in that capacity — has been dogged by protesters at several campaign events as the federal election day, Sept. 20, approaches.

One event had to be cancelled last week over safety concerns as Trudeau and his supporters were badly outnumbered by protesters who yelled racial slurs and profanities.

The protesters are upset because Trudeau backs coronavirus vaccinations and has said that all federal employees must be vaccinated against COVID-19 or they may be fired. He is also in agreement with pandemic lockdowns.

On Monday at a campaign event held before the London stop, a defiant Trudeau said he would not be intimidated by what he called “anti-vaxxer mobs.”

“Yes, there is a small fringe element in this country that is angry, that doesn’t believe in science, that is lashing out with racist, misogynistic attacks,” he said.

“But Canadians, the vast majority of Canadians, are not represented by them and I know will not allow those voices, those special interest groups, those protesters — I don’t even want to call them protesters — those anti-vaxxer mobs to dictate how this country gets through this pandemic.”

The protests come as polls are showing that Trudeau’s ruling Liberals and the Conservatives are in a dead heat and one of them will likely form a minority government.