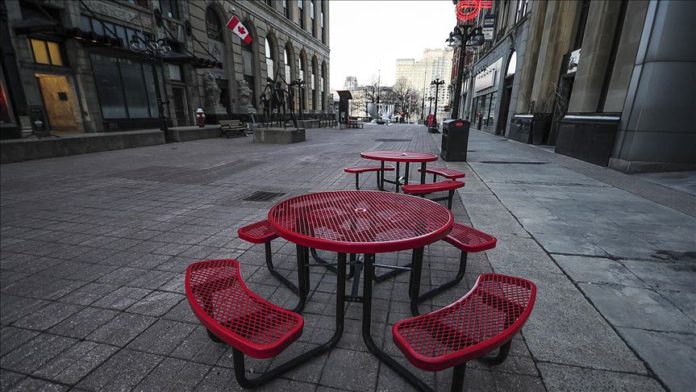 Canada issued more than 10,000 fines worth at least CAN$13 million ($9.5 million) for alleged violations of the novel coronavirus measures, according to a study published Wednesday.

The Canadian Civil Liberties Association’s report criticized security officials’ punitive approach, saying it turned the need to control to a “ticketing pandemic” with “over-policing, primarily by bylaw officers and other police forces.”

“A public health pandemic became mischaracterized by governments as a public order crisis,” it said.

The main problem caused by the approach is that it marginalized and vulnerable groups tended to bear the brunt of police and bylaw action, according to the study

Ontario and Quebec, the provinces worst hit by COVID-19, and Nova Scotia, were most punitive in the approach.

Authorities fined residents for driving into the North West Territories from Alberta, standing in a playground, violating physical distancing rules or sneezing near someone.

“This extraordinary governmental effort at mass behavioral modification, for public health reasons, had the effect of limiting our civil liberties,” it defended.

The research includes fines between April 1 and June 15.

Canada has more than 103,700 coronavirus cases and more than 8,510 deaths, according to a running tally by US-based Johns Hopkins University. It recorded more than 66,100 recoveries.