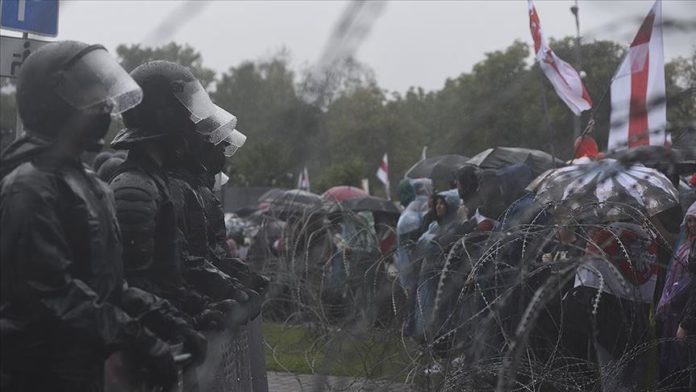 But the EU has failed to do so as Cyprus blocked sanctions against Belarus unless similar measures were imposed against Turkey for drilling in the contested Eastern Mediterranean.

The sanctions stem from a controversial election Aug. 9 where President Alexander Lukashenko was returned to office with 80% of the vote.

Protests followed as did government crackdowns, including the use of violence against demonstrators and more than 7,000 have been arrested.

“Canada will not stand by silently as the Government of Belarus continues to commit systematic human rights abuses and shows no indication of being genuinely committed to finding a negotiated solution with opposition groups,” said Canada’s Minister of Foreign Affairs Francois-Philippe Champagne in a statement.

Canada and the UK sanctioned Lukashenko, his son and six other senior government officials.

“Canada considers that Alexander Lukashenko lacks the legitimacy to be the leader of Belarus,” Champagne said earlier this month.

Lukashenko is the first leader to be sanctioned under the UK’s new global human rights sanction provision that took effect in July.

The sanctions include a ban on travel and a freeze on assets of eight Belarus officials.

But despite all member countries in favor, except one, the EU could not impose sanctions at a Sept. 21 meeting because such action requires a unanimous vote.

Cyrus wants sanctions against Turkey because Ankara is conducting gas and oil exploration in the Eastern Mediterranean.

Borrell said he hoped to break the EU impasse at a foreign minister’s meeting Oct. 12 and pass sanctions.

The Baltic states of Lithuania, Latvia and Estonia imposed sanctions on Belarus in August.