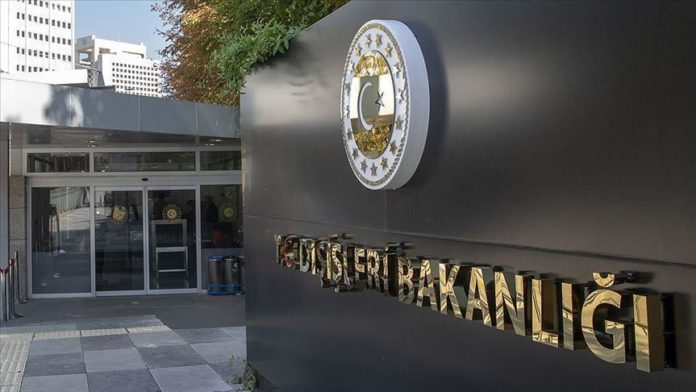 “Canada’s statement regarding the suspension of export permits of some military products to our country, citing the rightful struggle of Azerbaijan to liberate its territories which were under the Armenian occupation for 30 years, is an indication of this country’s double-standard approach,” a ministry statement said.

It stressed that especially since the period last year when Turkey launched its counter-terrorism Operation Peace Spring in northern Syria, Canada has been “creating obstacles” in terms of military material export permits for Turkey “in a way that does not comply with the spirit of alliance, and exhibits an attitude away from cooperation.”

“While Canada did not see any harm in exporting weapons to countries that were militarily involved in the crisis in Yemen, where one of the greatest humanitarian tragedies of this century was experienced, and while presenting these arms sales, which were criticized even in reports prepared by UN experts, as a contribution to regional security, there can be no explanation for the blocking of defense products exports to a NATO ally,” it added.

The statement also underlined that Turkey has a comprehensive export control regime, and studiously implements its obligations.

“Our expectation from Canada is that it will follow a policy away from double standards, act without being under the influence of anti-Turkish circles in its country and without being confined to narrow accounts of political interest,” it said.

Earlier on Monday, Canadian Foreign Minister Francois-Philippe Champagne in a statement said that certain allegations have been made over the last several days regarding “Canadian technology being used in the military conflict in Nagorno-Karabakh.”

Champagne said upon learning of these “allegations”, he immediately directed to investigate these claims.

“In line with Canada’s robust export control regime and due to the ongoing hostilities, I have suspended the relevant export permits to Turkey, so as to allow time to further assess the situation,” he said, adding that Canada continues to be concerned by the ongoing conflict in the Upper Karabakh region resulting in shelling of communities and civilian casualties.

“We call for measures to be taken immediately to stabilize the situation on the ground and reiterate that there is no alternative to a peaceful, negotiated solution to this conflict.”

Many world powers including Russia, France and the US have urged an immediate cease-fire. Turkey, meanwhile, has supported Baku’s right to self-defense.