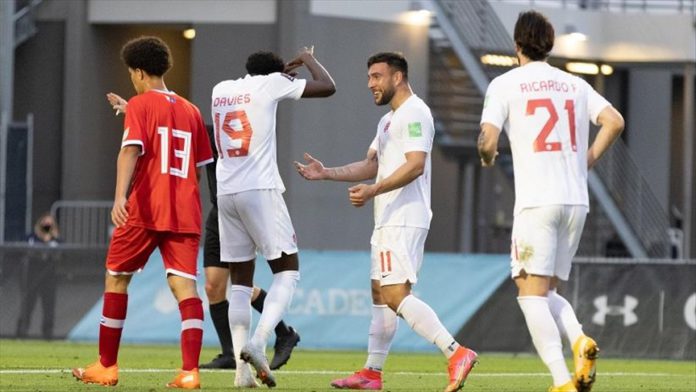 Canada set a scoring record in the North, Central American, and Caribbean Qualifiers Match of the 2022 FIFA World Cup with an 11-0 win over the Cayman Islands on Monday.

“The Canadian squad also set several Men’s National Team records, including most goals in a match (11), the largest margin of victory (11), and most goals across a two-match window (16). Of importance, goals difference would serve as a tie-breaker in case two nations were tied on points at the end of the First Round,” Canadian national said in a statement.

Lucas Cavallini scored a hat-trick, Alphonso Davies and Mark-Anthony Kaye doubled each in the away victory.

Alistair Johnston also put the ball into Cayman Island net and the game ended with an 11-0 victory.

Besides, it was a night of firsts for Canada as Sturing, Wotherspoon, Kaye, and Johnston all notched their first international goals as Sturing and Ricardo Ferreira made their Canadian debuts.