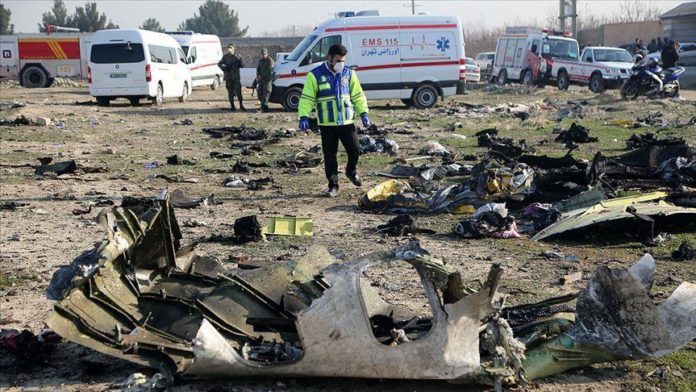 Canada rejected Iran’s offer of CAN$150,000 to families of victims of a Ukrainian airliner shot down one year ago, according to reports Thursday.

Iran does not have the right to arbitrarily decide how much compensation will be paid to the 176 passengers and crew mistakenly killed by Iranian Revolutionary Guard missiles, Canadian officials said. Included were 55 Canadian citizens, 30 permanent residents and passengers from other countries.

“There is a negotiating process that has yet to take place,” said Canada’s special adviser on the downing Ralph Goodale. “So, it’s a bit premature to be circulated in the public domain because none of the other parties involved in this process have had any input whatsoever.”

The UK, Afghanistan, Sweden, and Ukraine also lost citizens in the disaster.

The refusal of the Iranian proposal made Dec. 30, comes one day before the Jan. 8 national day of remembrance in Canada.

Goodale said Prime Minister Justin Trudeau recently spoke with all of the families and reaffirmed the day dedicated to mark its first anniversary.

Goodale said there are questions for Iran, including details about how the Revolutionary Guard came to shoot down the airliner.

Hours before the plane took off from Tehran, a missile barrage against nearby American military bases was unleashed by Iran in retaliation for the killing of Iranian Gen. Qassem Soleimani ordered days prior by US President Donald Trump.

Iranian officials said the attack on the plane was a result of misidentifying the airliner as an incoming US attack in retaliation for the killing.

“Why in the world did Iran keep its airspace open?” Goodale said if Iran anticipated American retaliation.

The families of the victims have suggested sanctions against Iranians who have violated human rights.

But Goodale said before taking such action, officials must make sure “we’ve got all the facts, so we are acting on the basis of solid established information.”