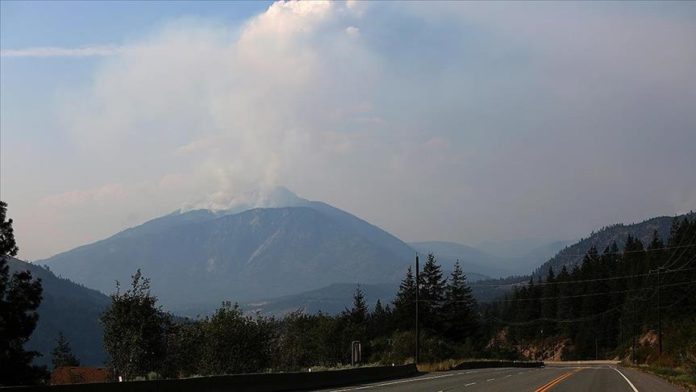 A state of emergency went into effect Wednesday in British Columbia (B.C.) as about 300 wildfires raged in the Canadian province.

About 5,700 people have been evacuated in areas of British Columbia and 69 evacuation alerts have been issued to another 33,000, Canadian Broadcasting Corporation (CBC) reported Tuesday.

“I think people are starting to understand that it’s even more proximate to them, that the impacts of climate change are with us already,” he told the Canadian Press news service. “We need to take action to make sure we’re not making the problem worse but, of course, we’re also going to need to learn to adapt to the changes that are with us already.”

The state of emergency will mean the evacuation process can go more quickly and it gives the B.C. government authorization to procure accommodation for displaced people, said Public Safety Minister Mike Farnsworth.

“We have reached a critical point,” he said.

More than 741,000 acres have been burned by 1,145 wildfires in 2021 — more than triple the number B.C. suffers in a decade average for this time of year, according to B.C. Wildfire Service director of operations Cliff Chapman, as reported by the CBC.

Wilkinson said climate change is the most important challenge facing not only Canada but the world.

“I think it is the defining issue of our generation and certainly of our children,” he said, “and I think that Canada has an opportunity to play an important role.