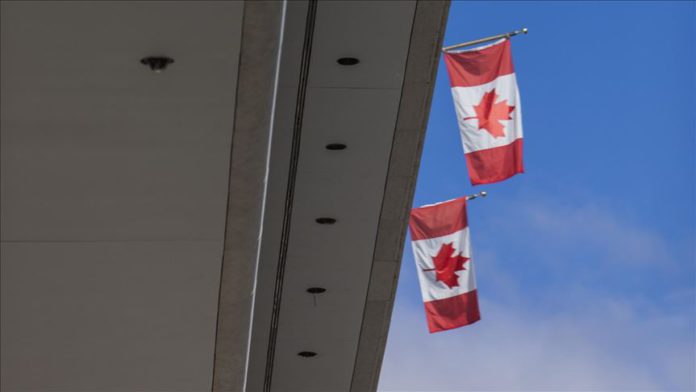 Canadian Prime Minister Justin Trudeau made a strong statement Friday on Parliament Hill when he went down one knee with those protesting the killings of Black people by police in the United States.

He nodded in agreement with remarks by speakers including one that in effect said people must decide if they are for or against racism, and there is no in between.

“You are either a racist or an anti-racist,” the speaker said.

When the crowd started the chant of “Black Lives Matter,” Trudeau clapped and nodded. He has faced criticism for not being tough enough on US President Donald Trump’s calling in the military to stop peaceful protests in Washington.

The prime minister did not speak and he left as others joined for a peaceful march through the Canadian capital of Ottawa. The march ended at the American embassy building.

Trudeau was the highest ranking Canadian official to take a knee, but he was not alone.

During a Toronto protest that attracted about 1,000 people, Police Chief Mark Saunders, who is black, did the same.

“We see you and we are listening,” Saunders later tweeted. “We have to all stay in this together to make change.”

Other anti-racist marches have been ongoing for days in cities across Canada in solidarity with American demonstrations, where some have turned violent with fires and looting.

Going down on one knee is a movement performed by former NFL quarterback Colin Kaepernick to protest police brutality towards African Americans. He did it during the US national anthem that is played before games and it was seen by some to be disrespecting the American flag.