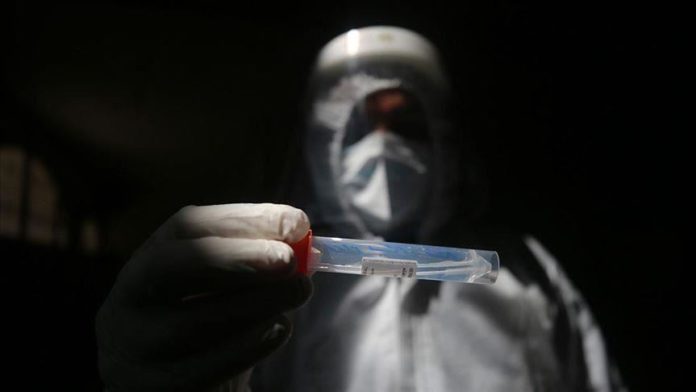 Phase 2 of clinical trials have begun on a promising coronavirus vaccine developed by a Canadian company, Medicago, but experts questioned whether the government is properly prepared to distribute it when it becomes available, according to reports Tuesday.

Health Minister Christine Elliott of Ontario, Canada’s most populated province, countered doubts and said “we will be ready to go” and the vaccine will be distributed “fairly and equitably.”

Ready or not, it makes little difference if there is no vaccine.

But the government has signed deals with seven pharmaceutical companies to deliver millions of doses at a cost of CAN$1 billion ($764.6 million). The large number ordered is in case it takes two injections of a vaccine to mitigate the virus.

Penning deals with all seven is necessary because “what we don’t know, of course, is which vaccines are going to effective,” said Dr. Michael Gardam, medical director of infection prevention and control at Toronto’s Women’s College Hospital.

Here are the firms and details about the vaccines under research.

On Nov. 10, Anadolu Agency reported the Quebec-based firm stimulated antibodies and cellular immune responses in 100% of its phase 1 participants. Phase 2 will involve 300 subjects in each age group of 18-54 and those older than 65. If all goes well, phase 3 will incorporate 30,000 participants worldwide. Medicago Vice President Nathalie Landry said phase 1 produced results that were “even better than we had hoped.” The vaccine is notable because it is plant-based and only takes small doses to produce protection. Canada has contracted for 76 million doses, enough to vaccinate 38 million – its entire population.

The London-based company already began its phase 3 in August but was interrupted when one participant displayed an “unexpected illness.”

Trials were kickstarted again in three of four participating countries – the UK, Brazil and South Africa – but not in the US.

Called a non-replicating viral vector, the procedure involves using a small part of the coronavirus DNA introduced into the body by an adenovirus — a virus with symptoms similar to the common cold — to instruct cells to make a spike protein, while preventing the introduced virus to multiply. The result is that the vaccine may produce a stronger immune response than the DNA alone. However, viral vectors have one drawback — if a participant has immunity to one vector, it may hamper the effectiveness of the vaccine.

The US-based company is also conducting trials with a non-replicating viral vector and phase 3 began in September. The vaccine is similar to the AstraZenecal/Oxford University method and has the same possible drawback – immunity to adenoviruses used as a vehicle to introduce the virus may render the vaccine less effective. The company began its phase 3 trial Sept. 28 with 60,000 participants in eight countries. A single dose in a July trial protected monkeys from the coronavirus, the company said.

Canada has signed an order for up to 38 million doses.

The US company began its phase 3 trial in July. This week, Moderna officials said the vaccine demonstrated 94.5% effectiveness among 30,000 participants but it admitted that could change since the trial is ongoing. A type of genetic material is used by way of Messenger RNA, a genetic material, to tell cells to make the spike protein for SARS-Cov2. Human cells then are taught to recognize the protein and produce antibodies to defend against it.

Canada contracted for 20 million doses, with a clause that allows it to buy up to 36 million.

The US company uses a tried-and-

true form of vaccines, created with small particles from the coronavirus that are introduced by way of an adjuvant – a substance co-injected with the particles to help stimulate the immune system – to teach the body to recognize the virus and fight it off. The company said in phase 1, high levels of antibodies were produced.

Based in Germany and the US, the company began trials at the end of July. Similar to that of Moderna’s vaccine, it said Nov. 9 that phase 3 demonstrated 90% effectiveness at preventing COVID-19. But data from the 43,000-volunteer trial is ongoing and has not been peer-reviewed. However, the news that the vaccine was 90% effective caused the company’s stock to skyrocket.

The France-UK company began its phase 1/2 trials Sept. 3. The method involves the same process used for making the flu vaccine, one of two undergoing trials. The other involves Messenger RNA. The trial involves 440 participants and early results should be available in December.

The Canadian government has signed a deal for up to 72 million doses.

But still, with all the frantic activity, no one knows when an effective and safe vaccine will be ready to be rolled out to the public.

But what is known is that the vaccine in all probability will be given to Canadian health-care personnel first and will be administered free of charge to Canadians.