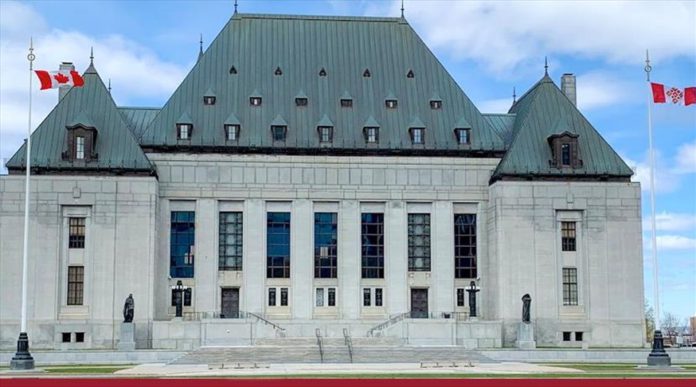 Canada made history Monday by appointing its first person of color, Mahmud Jamal, to serve as a judge on the Supreme Court of Canada.

“I know that Justice Jamal, with his exceptional legal and academic experience and dedication to serving others, will be a valuable asset to our country’s highest court,” said Prime Minister Justin Trudeau.

Trudeau made the remarks in mid-June, when he nominated Jamal for the position. All justices must go through a vetting process before being officially appointed.

Jamal was born to Ismaili Muslim parents in Nairobi, Kenya. The family moved to England in 1969, where he was educated until 1981, when the family relocated to the city of Edmonton in the province of Alberta in Canada.

Jamal, 54, who converted to the Baha’i faith when he married, is believed to be the first Supreme Court judge that has been schooled in both Islam and Christianity.

“I was raised at school as a Christian, reciting the Lord’s Prayer and absorbing the values of the Church of England, and at home as a Muslim, memorizing Arabic prayers from the Qur’an and living as part of the Ismaili community,” Jamal wrote in his vetting application.

He earned a Bachelor of Arts from the University of Toronto, Bachelor of Laws and Bachelor of Civil Law degrees from McGill University and a Master of Laws from Yale Law School. Jamal has extensive legal experience in law in Canada.

“Justice Jamal had a distinguished career as a litigator,” a statement from the Prime Minister’s Office said, “prior to his appointment to the Court of Appeal for Ontario in 2019. He appeared before various provincial courts and in 35 appeals before the Supreme Court of Canada, addressing a wide range of civil, constitutional, criminal, and regulatory issues.”

He was also schooled in what it was to be an immigrant.

“Like many others, I experienced discrimination as a fact of daily life,” Jamal said. “As a child and youth, I was taunted and harassed because of my name, religion or the color of my skin.”