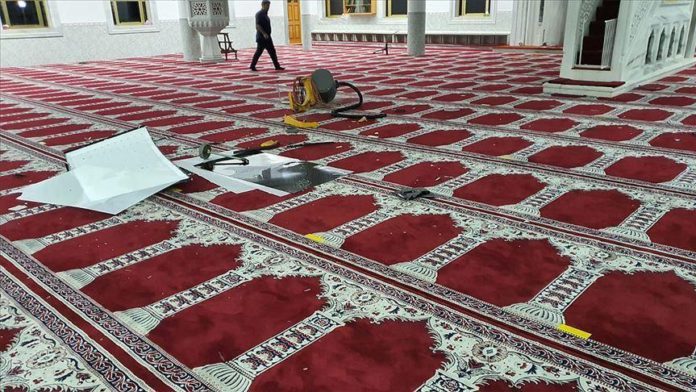 TRENTON, Canada – The parole eligibility for the killer of six people in the 2017 Quebec City Mosque shooting was reduced Thursday to 25 years from 40 years.

The Quebec Court of Appeal ruled that the right given judges in 2011 to hand out consecutive life sentences was unconstitutional, constituting cruel and unusual punishment under the Canadian Charter of Rights and Freedoms.

That effectively reduced the life in prison term for 40 years before Andre Bissonnette can apply for parole to 25 years.

The change was greeted with dismay by the Muslim-led Canadian human rights organization, Justice for All Canada.

“This sets a dangerous precedent when it comes to punishing crimes motivated by religious hatred and intolerance.”

Bissonnette opened fire in the mosque in January 2017, killing six worshippers and wounding 19. In March of 2018 he pled guilty to six counts of first-degree murder and six of attempted murder.

Under Canadian law, first-degree murder carries an automatic 25-year period before the convicted person is eligible to apply for parole.

However, the Conservative government in power in 2011 gave judges the right to impose consecutive sentences, up to 25 years for each killing. The judge who sentenced Bissonnette deviated from that somewhat and gave him a concurrent 40-year sentence before he could seek parole. Bissonnette was 29 at the time of his sentencing in 2019.

The sentence reflected 25 years for the murders, plus an additional 15-year term handed out for Bissonnette’s wounding of the other 19 worshippers.

The Quebec Court of Appeal decision that the parole waiting period was harsh and unconstitutional marks the first time a Canadian court has ruled on the consecutive sentences’ provision of 2011 and effectively ruled it null and void.

Bissonnette’s defense appealed the original parole period and asked for it to be reduced to 25 years, while the prosecution requested a 50-year sentence.