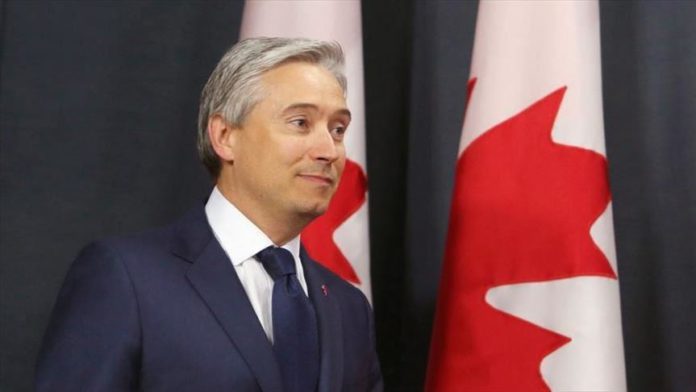 Canada slapped sanctions on another 13 Belarus officials Friday as a result of the “fraudulent presidential elections” held in August in the Eastern European country.

In taking the step, Canada joins the European Union, which proposed sanctions earlier this week against Belarus President Alexander Lukashenko, his son Viktor and 13 others, citing brutal post-election suppression of dissent.

The EU sanctions were expected to be in place Friday, which coincides with Canada’s action.

“Despite international calls for Alexander Lukashenko to end the violence in Belarus, his regime’s aggression continues,” Canadian Foreign Minister Francois-Philippe Champagne said in a press release, Friday. “Those responsible for repressing the people of Belarus will face increasing pressure through targeted sanctions.

“Canada will continue to stand in steadfast support of the Belarusian people as they struggle for peace.”

The sanctions mean that travel visas for the officials are banned and their assets frozen in the EU’s 27 states and Canada.

The EU had earlier instituted the measures on 40 Belarus officials who are said to have participated in the election fraud that enabled Lukashenko to retain the presidency and for their role in repressing mass demonstrations by Belarusian protesters.

EU officials said Lukashenko was responsible for “arbitrary arrests and the ill-treatment of peaceful demonstrators, as well as intimidation and violence against journalists.”

The statement was echoed by Canada.

“Canada remains deeply concerned by ongoing, well-documented reports of human rights violations, including against freedom of the press, freedom of expression and peaceful assembly,” the press release from Champagne said.
Sanctions had been imposed earlier on 40 other Belarus officials.