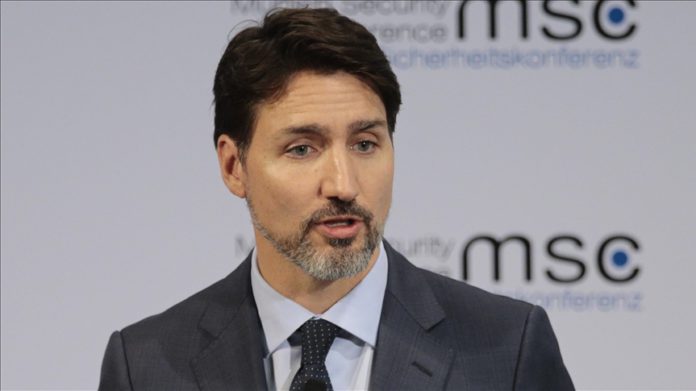 Speaking from a vaccine clinic in the eastern Maritime province of New Brunswick, he said the milestone was reached two months earlier than promised.

“Back in the winter, I made a promise that we would have enough vaccines for all eligible Canadians by the end of September,” said Trudeau. “So not only have we kept that promise, but we have done it two months ahead of schedule.”

The announcement comes as Canada’s COVID cases slow and 10 provinces and three of its territories begin to open gradually from lockdowns.

The number of cases since the start of the pandemic in March 2020 stands at 1,434,909 with 26,512 deaths as of Tuesday, according to Johns Hopkins University which keeps a running total of cases and deaths worldwide.

Canada has not approved the vaccine for children under the age of 12. On July 26, there were 439 reported cases and six deaths.

CTV News figures differ slightly, with its vaccine tracker showing 80% of the eligible population with one dose and 63% fully vaccinated as of Tuesday.

Statistics show the vaccine program is working. For example, Canada had 2,787 new cases and 33 deaths on Oct. 22, 2020, a record for that fall, so the country has seen a significant drop in figures.

Canada now leads G7 countries with the largest percentage of its population fully vaccinated, according to CTV News on Tuesday.

The question that Canada, and all countries, now face is how long the vaccines will prove effective and if a booster inoculation will be required.