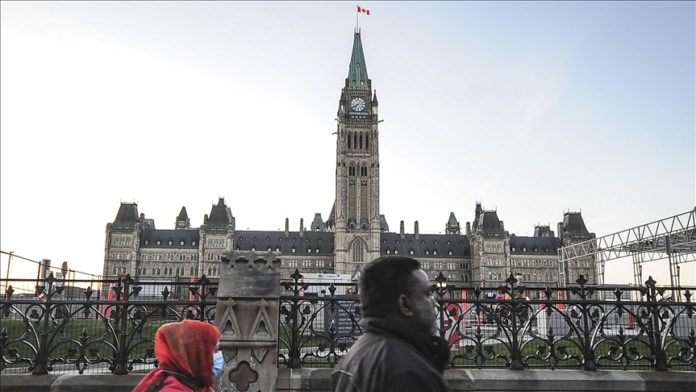 As infections continue to set daily records, a new report released Wednesday shows Canadians are also infected with debt thanks to the coronavirus.

“Through the COVID-19 pandemic we’ve seen, firsthand, that this year has been a financial wakeup call for Canadians and many are feeling anxious about their financial situation,” said Scott Hannah, president and CEO of the Credit Counselling Society, the organization that produced the 2020 Consumer Debt Report.

“We can confidently confirm that it’s never been more important to proactively tackle your debt that it is right now,” he added.

On the surface, it would appear Canadians are confident about money, with only 17% of those surveyed saying they need help with personal finances.

But behind that facade, the report paints a bleak picture. It found 86% believe improvement is needed in their financial strategies.

The survey of 2,000 Canadians showed only 44% had a 30-day or less cushion of savings before falling behind in debt, while 31% are in financial trouble, able to make only the minimum payment on credit cards and interest loans.

This is occurring even though Statistics Canada (StatsCan) reported employment figures in October increased slightly. But despite the rise, StatsCan said nearly 450,000 of the unemployed were considered to have little job prospects, meaning they could not be expected to find work in the next 27 weeks.

In September, 79,000 were added to that figure, with a further 151,000 in October, StatsCan reported in November. The so-called long term unemployed now totals 24.8% of the unemployed.

Those leaps in September and October were the highest increase in more than 40 years. The unemployment rate for October was 8.9% (1.8 million unemployed), down from 9% in September.

The federal Liberal government under Prime Minister Justin Trudeau introduced a bevy of programs to help those who, because of the pandemic, lost work or had hours cut, as well as rent relief programs, wage subsidies and business loans.

The GDP is a financial yardstick used by economists to measure economic progress. If it falls, as is the case with Canada and other countries as a result of the pandemic, in comparison to goods and services a country produces, it generally signals an economy is headed for trouble.

The International Monetary Fund released its Fiscal Monitor report last month and it showed Canada will run the largest deficit of any country, at 19.9% of Gross Domestic Product (GDP). That is more than double the average deficit of EU countries at 10.1% of GDP).

Meanwhile, the virus continues to reap its toll at an alarming rate.

2 Venezuelan soldiers killed by mine near Colombian border