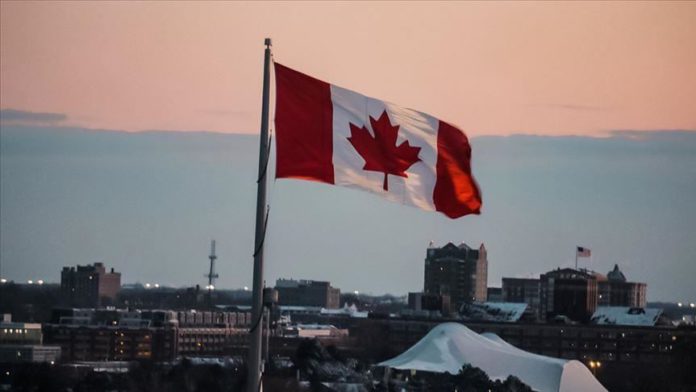 Erin O’Toole was declared as the new Conservative Party of Canada leader early Monday morning after a delay caused by thousands of ballots that were damaged by vote counting machines.

O’Toole, 47, a former Royal Canadian Air Force officer, defeated Peter MacKay, who was the favorite going in and held a narrow edge in the first round of voting.
However, MacKay lost after fellow candidate Leslyn Lewis dropped out following the second ballot and directed her supporters to O’Toole who was elected on the third round of voting. Lewis was the first Black woman to run for the Conservative Party leadership.

In his first speech following the victory, O’Toole said the Conservatives needed to appeal to more Canadians if the party wanted to topple Prime Minister Justin Trudeau’s ruling Liberals.
“I believe that whether you are Black, white, brown or from any race or creed, whether you are LGBT or straight, whether you are an Indigenous Canadian or have joined the Canadian family three weeks ago or three generations ago” you can find a home in the Conservative Party, he said.

O’Toole entered politics in 2012 and won election to represent the Toronto area riding of Durham, Ontario. He had left the military in 2003 and enrolled in university, specializing in corporate law and energy regulation.

After his 2012 election, he served in then-prime minister Stephen Harper’s cabinet as minister of veteran Affairs.
The Conservative Party is, as the name suggests, more to the right than the governing Liberals.
O’Toole reflected that as he promised to balance a Liberal budget deficit bloated by billions of dollars due to cash infusions to counter the economic effects of the pandemic.
As well, he vowed to establish a royal commission on pandemics to ready Canada for “future threats.”

On foreign policy, O’Toole pledges a hard line approach particularly when dealing with the Chinese government, where tensions have flared over the arrest of Huawei executive Meng Wanzhou at the request of the Americans and who is undergoing an extradition hearing. China struck back with the arrest of Canadians, the imposition of death penalties four others, and bans on various agriculture imports from Canada.

O’Toole ran on a more traditional conservative platform than MacKay, and promised Members of Parliament would be allowed to vote their conscience on issues like abortion. However, he said he personally was pro-choice and supported same-sex marriage.
O’Toole replaces former leader Andrew Scheer, who resigned after losing the 2019 election to Trudeau. O’Toole ran in the 2015 Conservative leadership convention but lost to Scheer.

Vaping-related deaths in US rise to 37: health agency

US: Protests rage for fourth day over Floyd ‘s death