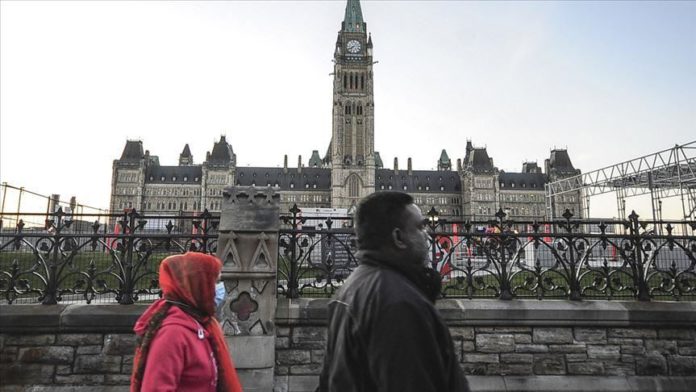 The World Health Organization says Canada is doing “pretty well” in its fight against COVID-19, but Canadians know they have sadly lost on another battle front.

Damning figures show that of the 8,582 deaths as of Monday, 81% have been in long-term nursing homes.

These are the vulnerable elderly who built this country, Prime Minister Justin Trudeau noted recently, and they fall under provincial jurisdiction that has failed them.

“It is a provincial responsibility,” he said, “[They] have failed to support our seniors…the job is not being adequately done in long-term care centers across the country.”

Heartrending stories of families peering through closed windows at their elderly mothers, fathers and grandparents because they cannot enter the buildings are commonplace.

Ontario Premier Doug Ford said in late April that his wife Karla’s 95-year-old mother, a nursing home resident, tested positive for the virus, as did 35 residents and 29 staff members. The Toronto-area home had 12 deaths by then. No visitors allowed.

“It breaks my heart watching Karla standing outside the window in tears,” Ford said, fighting back tears of his own at a press conference.

He and other premiers vowed to reform nursing homes, institute new legislation and increase inspections.

This week marks six months into the pandemic, and as of 12 p.m. June 29, Canada had 105,193 cases and 8,582 deaths, according to figures from Johns Hopkins University that continually compiles statistics of all countries.

That ranks Canada in the top 20 countries in cases and in the top 15 in deaths.

“We certainly will still have many challenges in the weeks and months to come but right now we are certainly at a lull,” he said. “Numbers continue to drop. Numbers of patients who are hospitalized in the IUC (Intensive Care Unit) continue to drop.”

His cautious optimism is reflected by the Institute for Health Metrics and Evaluation (IHME) at the University of Washington. That organization predicts based on the current (June 24) projection scenario to Oct. 1, deaths in Canada will grow to 10,053, up 1,471. The predicted number of cases is not listed by the IHME.

New modelling figures from Canadian health officials released Monday show that as of July 12, the country could reach as many as 8,865 deaths and 108,130 cases.

Whatever proves factual, another figure is good news for Trudeau.

A CBC News poll that uses all polling data available, reported if an election were have been held June 21, Trudeau’s Liberals would likely have formed a majority government, whereas he now has a minority. The Conservative Party is a distant second at 28%.

If the figures prove accurate, it shows a majority of Canadians approve of Trudeau’s performance to this point in the pandemic.

Chris Dory-Noel of Oshawa, Ontario likes the prime minister’s performance as he does his daily press conference, emerging from his home to speak at a podium.

“Prime Minister Trudeau has a calming influence on me during this highly scary time,” she said, Monday. “He has really stepped up to the plate as all our politicians have. Regarding the nursing home issue, if anything this pandemic has shown the governments that something needs to be done ASAP (as soon as possible).

“PSWs (personal care workers) and administration staff must be paid more with better benefits (and) also more staff in these homes.”

But that swelling deficit as programs like $2,000 a month for four months are rolled out – and it was extended – could prove troublesome. It is just one of a bevy of financial handouts to businesses, individuals, students, employee wage subsidies and more. The price tag could carry a $250 billion price tag, or more.

“Many people in the business community are severely critical of the government, alleging that it has handed out money indiscriminately, thereby resulting in a severe shortage of labour in the marketplace because many workers refuse to work when they are receiving $500 per week,” noted a retired lawyer who wished to remain anonymous.

The projected deficit size has also caught the attention of the Fitch Ratings in New York, which lowered Canada’s credit rating to AA+, from AAA.

“The rating downgrade reflects the deterioration of Canada’s public finances in 2020 resulting from the coronavirus pandemic,” the rating service said, June 24.

As for the other Canadian political parties, the leaders have for the most part curtailed criticism, of the Trudeau government as Canada fights the pandemic.

That could change July 8 when Trudeau delivers a promised update on the state of government finances.