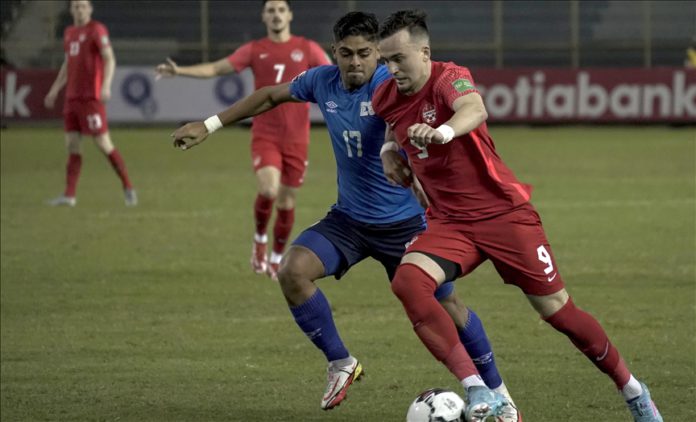 Canada have sunk El Salvador with a 2-0 score in the CONCACAF World Cup Qualifiers Wednesday to be on the verge of Qatar 2022.

Neither team was able to break the deadlock for the first half at San Salvador’s Estadio Cuscatlan.

Canada took the lead in the 66th minute as Besiktas midfielder Atiba Hutchinson scored the opener. Then Lille forward Jonathan David doubled the gap in the stoppage time.

His teammate Cyle Larin sent a low cross for Atiba. He performed a diving header at the near post but hit the crossbar. The ball took a fierce bounce off Hutchinson’s back to go in the back of the net. El Salvador’s goalkeeper plunged but was unable to parry it.

In another qualifying game on the same day, the US beat Honduras 3-0 with goals from Weston McKennie, Walker Zimmerman, and Christian Pulisic at Allianz Field, Minnesota.

Mexico claimed a 1-0 victory against Panama with a penalty goal as Raul Jimenez netted the winner.

Also, Costa Rica earned a narrow win over Jamaica while Joel Campbell scored for his nation.

Canada, who secured their sixth consecutive win at the CONCACAF qualifiers, are on top of the standings, collecting 25 points with three games remaining.

The leaders will respectively play against Costa Rica, Jamaica and Panama to conclude this phase.

The US are in the second spot with 21 points, and Mexico are in the third place with the same points.

If Canada finishes in top-three place, they advance to the FIFA World Cup tournament for the first time since 1986.

The best three teams will automatically qualify for the 2022 World Cup and the fourth-place nation will face a playoff round.

It will be the first World Cup competition to be held in mid-season, as previous World Cups took place in May, June, or July.

Relative calm returns to parts of S.Africa after week of violence