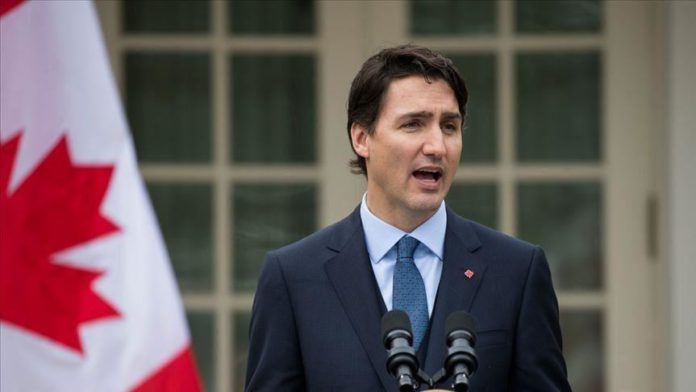 Canada is “concerned” about the possibility of China cracking down on pro-democracy demonstrations in Hong Kong, Prime Minister Justin Trudeau said Friday.

A new bill has been introduced by China that would outlaw what it deems as subversive actions such as demonstrations calling for autonomy for Hong Kong.

The bill will likely spark new protests and a rekindling of the violence between Hong Kong and China.

Speaking during his daily address to the nation, Trudeau said Canada has persistently trumpeted the cessation of tensions between China and the semi-autonomous Hong Kong, where there are hundreds of thousands of Canadians.

“We are concerned with the situation in Hong Kong,” he said. “We have 300,000 Canadians who live in Hong Kong, and that’s one of the reasons why we want to ensure that the one country, two systems approach continues for Hong Kong.

“We have long called for a de-escalation of tensions and genuine dialogue between Hong Kong citizens and Beijing, and will continue to call for that.”

When the British ceded Hong Kong to China in 1997, it was with the understanding that the territory would be allowed to have a high degree of autonomy for the next 50 years, including its own legal system, rights and assembly of free speech in accordance with democratic procedures. In other words, it would have a much freer system than mainland China, the “one country, two systems” Trudeau mentioned.

But Friday, a bill to ban the secessionist movement and what China considers subversive actions was introduced in the Chinese parliament. The bill also called for a ban on foreign interference.

Hong Kong has seen large demonstrations since 2019, when China said it planned to institute a law that would allow the government to extradite people from Hong Kong.

The bill was eventually withdrawn and while demonstrations continued, the pandemic seemed to quell the protests.

But new calls have been made to restart protests and the Canadian Consulate in Hong Kong warned of a “heightened possibility of demonstrations in Hong Kong this weekend.”

Trump on lifting Iran sanctions: 'No thanks!'