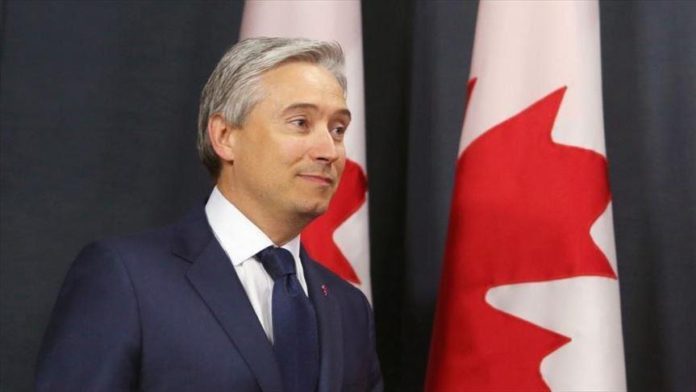 Canada has introduced measures against China because of “human rights violations” against the Uighur population and other minorities, the government announced Tuesday.

Along with the UK, the chief goal is to prevent the importation of goods produced by forced labor within the Xinjiang Uighur Autonomous Region.

“Canada is deeply concerned regarding the mass arbitrary detention and mistreatment of Uyghurs and other ethnic minorities by the Chinese authorities,” Foreign Minister Francois-Philippe Champagne said in a statement. “Together with the UK, we are taking measures to ensure we are not complicit in the abuse of Uyghur Muslims in Xinjiang.”

That means a prohibition on goods produced by forced labor from entering Canada and the UK, and products made using forced labor are not imported, he said.

The aim is also to protect businesses from becoming “unknowingly complicit” in the importation of such products.

The UK is making a similar announcement Tuesday, Champagne said.

They include export controls; awareness for responsible business conduct linked to Xinjiang, a study on forced labor and supply chain risks and enhanced advice to Canadian businesses on goods produced by forced labor.

“We remain steadfast … [in] ensuring that Canadian companies are upholding Canadian values, wherever they may operate,” Canada’s Minister of Small Business, Export Promotion and International Trade, Mary Ng, said in a statement.

Canada appointed an ombudsman in 2019 to oversee the destination and origin of goods imported and exported into Canada.

That year, Canada’s exports with China totaled CAN$23 billion while imports stood at CAN$75 billion.

Turkey to be fastest-recovering country in tourism