TurkishPress
Home News Can future generations of Palestine and Israel learn to see each other... 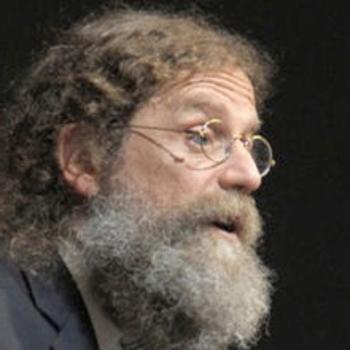 Israel’s growing violence, dehumanization, and aggression towards Palestinians have deflated prospects for peace in the region, but even so, there may still be cause for hope, according to renowned neuroscientist and biologist Robert Sapolsky, who has spent years studying the thorny topics of racism, inequality, and stubborn conflicts.

In an exclusive interview with Anadolu Agency, Sapolsky explained the insights psychology and behavioral biology can offer into the conflict between Israel and the Palestinians.

Sapolsky, a professor at California’s Stanford University, has spoken and written extensively about the neurobiology of violence, exploring history and science to help us make sense of human behaviors at both their worst and best.

Despite being in deep into writing a new book, he graciously agreed to an interview, saying he thinks about the plight of Palestine “a lot – it’s heartbreaking how bad the situation is there.”

Asked about whether he sees any hope of bringing peace to the occupied territories of Palestine, he sounded a pessimistic note, saying: “It seems like an unsolvable situation from the standpoint of mutual hatred by now, (with) the cumulative amount of pain.”

But on the other hand, he also cited the notoriously intractable problem of Northern Ireland – which cost countless lives over the decades of “the Troubles” and the centuries prior – as one reason for possible optimism.

“If you had asked me the same question in 1990 about Northern Ireland, I would have said the same thing (about hopes for peace),” he explained.

“It was at that point 40 years into an absolutely impossible heartbreaking situation of hatred, domination, retributive violence, and back and forth, and somehow they managed to do it,” he said, meaning how they eventually reached a peace deal, in 1998, with the Good Friday Agreement.

But around 1990, nearly a decade before the deal, Northern Ireland seemed fully as hopeless as the Palestine-Israel situation, he said, adding that he is trying to understand what happened there to make peace possible, and whether this success could be replicated elsewhere.

For example, he said, now there is a whole generation of young people in Northern Ireland who “have no idea what it means to have a British soldier come and force them to lie on the ground” and demand to know the contents of their pockets – a common occurrence before 1998.

“That’s history,” he said. “Twenty-five-year-olds there and everyone younger never experienced that – 300 years of England crushing Ireland and Northern Ireland. There’s 25-year-olds for whom it’s just history books or it’s something that your parents will get agitated and angry (about).”

According to Sapolsky, the neurobiological lesson for this conflict might be like the classic story of “good news and bad news.”

From the standpoint of neurobiology, he said, “It is virtually guaranteed that we divide the world into ‘us and them’.”

“We do it in a fraction of a second, under the control of various hormones.”

Just like our primate cousins, we split the world into friend and foe and act towards “them” in a way that is often terrible and very ingrained in us, he added, saying: “So that’s the bad news.”

But the good news is that over time, racism can be changed, and surprisingly easier than we might imagine.

Human beings have multiple categories of “thems” in our heads, said Sapolsky, and which category seems most important at any given point can shift in just a second.

“A lot of research suggests that race is not as fundamental of a category in our brains as one would often conclude. That’s good news there,” he said.

Environmental factors and context are also quite vital for analyzing the sources of aggression, he added.

According to his research, hormones, genes, childhood, and the culture people grow up in are all factors that shape the structure of our brains, and none of these are independent of the others.

What this adds up to is that it can be surprisingly easy to manipulate us and to create circumstances in which a “them” can turn into an “us.”

“Demagogues and dictators and sociopaths and (people) of that sort are very good at manipulating us to turning ‘us’ into ‘them’,” he said.

“And the really good ones historically at that are better than any psychologist or neurobiologist at understanding how to make us turn an ‘us’ into someone who hardly even counts as human,” he explained.

As we can be so easily manipulated, that same potential we have for the wrong hands changing our categories can also exist towards beneficial ends, he said.

He also said media has a huge impact on aggression, saying it can serve as a constant reminder of what we lack, reopening wounds that may have never fully healed.

If every day you are “looking up the hill and what used to be your family’s vineyard and no longer is,” that can be a powerful reminder, he said, evoking an experience felt by many dispossessed Palestinians.

Can future generations learn to see each other with empathy?

Asked whether resolution of the Mideast conflict depends on national leadership, Sapolsky decried the problem of short-sighted leaders, but added that the problem is larger than that, as years of oppression and violence have made a two-state solution seem more distant than ever.

“With each passing year (there’s) less interest in a two-state solution, less interest in anything like that, (and) a lot of that obviously has to do with Israel’s equivalent of Donald Trump, (Benjamin) Netanyahu, who has been a nightmare in terms of the impact that he has had,” he explained, citing the former US and Israeli leaders, both of whom have been democratically ousted since last fall.

“But it’s not just (Netanyahu), it’s not just the leadership, it’s just, with enough generations of hatred, it’s very hard to imagine anything other than that,” he said.

Sapolsky also said future generations on both sides may yet learn to see each other with empathy, but making this happen will not be easy, and will require the wheel of time to move forward.

“It may require almost everybody in both of those places who was alive now to be dead and gone for next generations to be able to do this, and it amazes me,” he said, again citing the effects of generational change in Northern Ireland.

Peaceful resolution can happen, but it will take an enormous shift, he explained.

He also pointed to the role of outside powers stirring up internecine conflict as a way to distract from the real sources of misery and deprivation.

“I’m very taken with how much of intergroup conflict is the outcome of a hidden third party setting it up in the first place, pitting one group of weak against another group of weak, and have them fight each other instead of recognizing who was really responsible,” he explained.

Such manipulation of the public is “always a good strategy for keeping the weak at each other’s throats instead of going after the actual enemy,” he added.

According to Sapolsky, the oppression of the West Bank by Israel has gone on for years now, but a deeper look shows that in fact it may be the last and possibly worst criminal act of three centuries of European colonialism, and one which future empathy holds a chance of setting right.

Cycling: Tour de France not to be without spectators