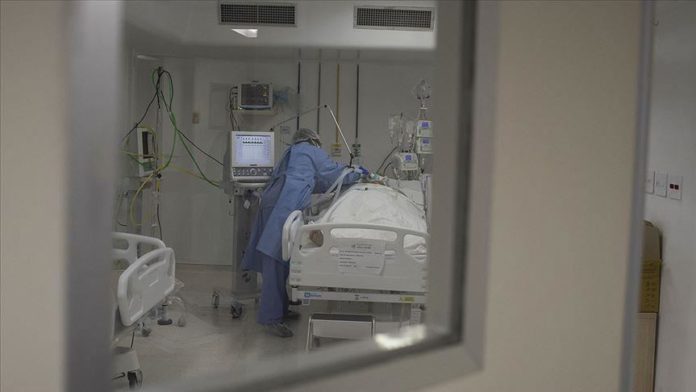 A nationwide COVID-19 screening campaign was launched in Cameroon on Tuesday.

The mass testing campaign aims to flatten the curve of the pandemic in Cameroon, where over 16,700 cases, including 385 deaths and more than 14,500 recoveries, have been recorded so far, according to the Health Ministry.

Mobile teams were seen on Tuesday morning in a major market in the capital Yaounde.

The teams are divided into four groups as sensitization, reception, testing, and lab technicians, the ministry said.

“Mobile screening is a strategy where we create teams of health personnel who to sensitize the population, offer counseling, and collect samples on the spot,” Dr. Blaise Akenji, a clinical biologist, was quoted as saying by state-run Cameroon Radio Television.

“It will help us to easily identify, track, and treat patients in order to break the chain of transmission.”

Those tested will receive their results in three days and positive cases will be admitted to the various COVID-19 treatment centers set up across the country, according to the Health Ministry.

It said the mobile screening sites were set up with the support of administrative authorities and the locations were selected on the basis of two criteria; epidemiological situation and population density.

The latter is the reason why markets, bus and train stations, universities, and major companies have been chosen as the testing sites, the ministry added.