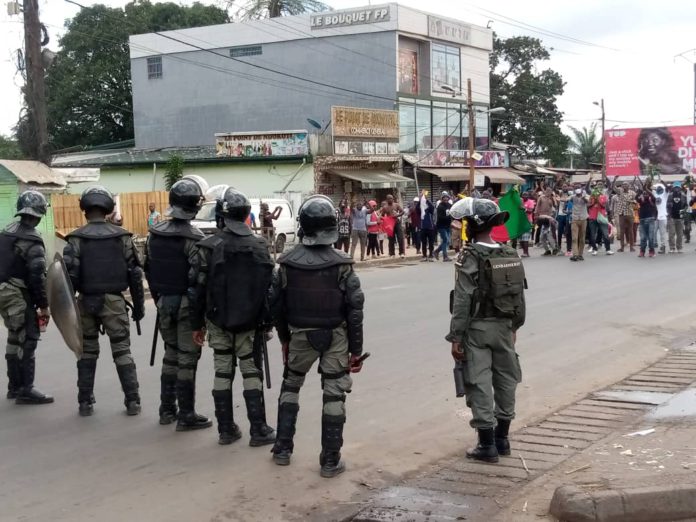 Despite a ban on gatherings, people in major Cameroonian cities took to the streets on Tuesday demanding the resignation of President Paul Biya.

In images posted on social media, protesters were seen singing en masse in front of police officers who responded with tear gas and water cannons.

“People are currently demonstrating on the streets of Ndokoti and Deido in Douala, Bafang in the West and in several other towns. They sing the hymn of Cameroon,” Okala Bode, an official at the main opposition Cameroon Renaissance Movement (MRC) party which organized the protest, told Anadolu Agency.

“Although it is a peaceful demonstration where the populations march with the flag of the country and tree branches, a symbol of peace, the army sprayed tear gas to disperse them,’’ Bode added.

According to Bode, several members of the MRC were arrested Monday evening by police and taken to an unknown destination.

In a statement on Monday night, government spokesman Rene Emmanuel Sadi said the protest is “just another attempt to distrust the public authorities and breach of public order”.

He called on the public to stay away from these “thoughtless and senseless calls for uprising”.

According to local media, two Cameroonian journalists and a cameraman were arrested this morning while covering the protest.

Maurice Kamto, the opposition leader, was also absent from the protest, with reports saying he was placed under house arrest at his residence in Yaounde.