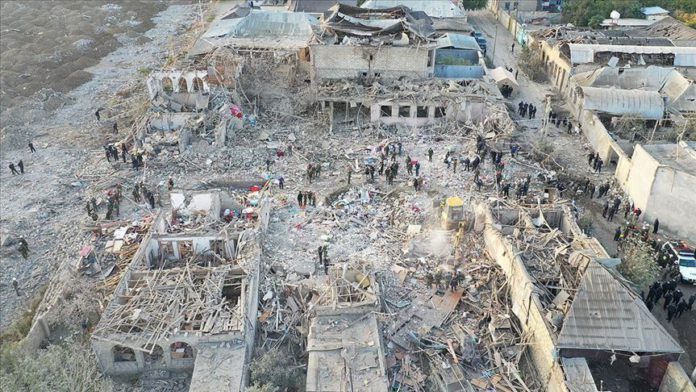 Cameroon’s President Paul Biya declared a day of national morning Wednesday to pay homage to victims of last week’s deadly shooting at a school in Kumba that killed at least seven.

The national flag will be flown at half-mast on Oct. 31 throughout the nation, according to a presidential decree.

At least seven children were killed and several seriously injured after a separatist group attacked the school in the southwest region.

”May God enlighten hearts, so that similar acts may never be repeated! I send my affection to the families and all Cameroon, and I invoke the comfort that only God can give,” he said.

UN Secretary-General Antonio Guterres also said he was “shocked by a horrific attack.”

Following the massacre, several opinion leaders took to social media with the hashtag, #EndAnglophoneCrisis, to denounce the attacks and urge the government and secessionists to solve the crisis which has affected hundreds of thousands.

They have demanded independence or a federal state.

Violence in the Anglophone regions in the last three years has claimed an estimated 3,000 lives and caused the displacement of more than 730,000 civilians, according to the Human Rights Watch.

The Norwegian Refugee Council said in June, for a second year running, Cameroon topped the list as the most neglected crisis on the planet in 2019.