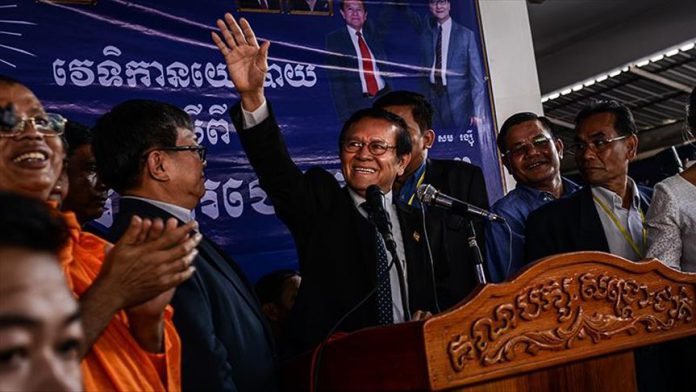 Cambodia’s main opposition leader has been put on trial for the first time on Wednesday, according to a local newspaper.

The head of Cambodia National Rescue Party (CNRP), Kem Sokha, was arrested on Sept. 3, 2017 and charged with treason.

A speech given by Sokha in Australia in 2013, saying he had received advice from American pro-democracy groups, is now being used against him as evidence of allegations of collaborating with the U.S. to topple the Cambodian government, The Cambodia Daily reported Wednesday.

Sokha was jailed for more than one year and was released on bail in September 2018,