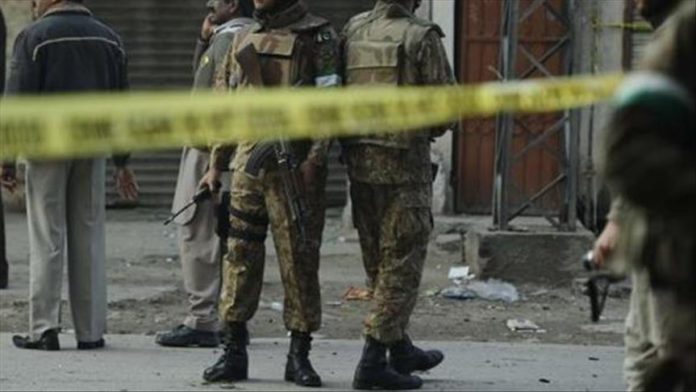 A Pakistani lawmaker on Wednesday urged the UN and the international community to designate the Hindu nationalist Rashtriya Swayamsevak Sangh (RSS) as a terrorist organization.

Shehryar Afridi, chairman of the parliamentary committee on Kashmir, said that the RSS has a well-known history of being involved in acts of violence against minorities and Muslims in particular.

These acts are violation of the UN Charter and Declaration of Human Rights.

The RSS is the parent organization of India’s ruling Bharatiya Janata Party (BJP).

Talking with a delegation of the Legal Forum for Oppressed Voices of Kashmir (LFOVK), a platform to represent aggrieved Kashmiris, Afridi said Pakistan recognizes the efforts and sacrifices of the people living under occupation.

He assured the Kashmiri people of his unwavering support for their UN-recognized right of self determination.

“Any political act by India in Kashmir cannot be a substitute for the UN-recognized right of self-determination for the Kashmiri people. We strongly condemn and reject any such illegal Indian action,” he added.

Relations between neighbors India and Pakistan are strained because of India’s unilateral move on Kashmir last August, which scrapped the region’s semi-autonomous status.

The Himalayan region of Jammu and Kashmir is held by India and Pakistan in parts, and claimed by both in full. A small sliver of Kashmir is also held by China.

Since they were partitioned in 1947, the two countries have fought three wars — two over Kashmir.

Some groups in Jammu and Kashmir are fighting for independence from India or unification with Pakistan.