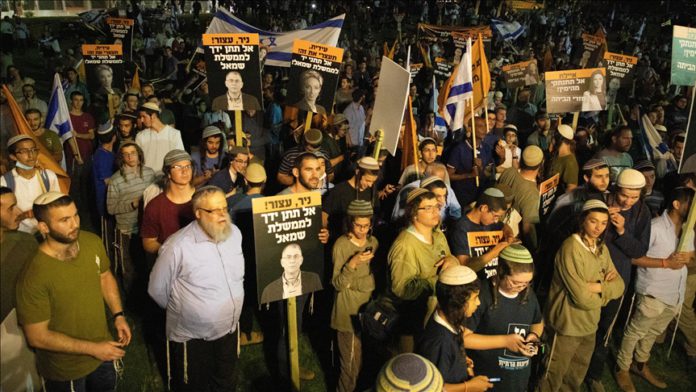 Extreme right-wing political leaders in Israel have called for a witchcraft ritual to prevent Yamina party leader Naftali Bennett from forming a new coalition government with centrist and leftist parties in the country.

After efforts to dissuade Bennett from establishing a coalition failed, calls have gone out to perform a “pulsa denura” rite to bring curse and death upon Bennett, according to Israel’s Channel 12.

The “pulsa denura” is a Jewish mythical ritual curse ceremony practiced by Jewish extremists against individuals they fear will harm the Israeli people.

The channel said the cursing ceremony is not practiced for personal interests, but against anyone is suspected will harm the people of Israel, with the prayer and rituals including a death curse.

Similar rituals were organized in the past, the channel said, including a month before former Israeli Prime Minister Yitzhak Rabin’s assassination in October 1995. At the time, extremists held such rituals against Rabin for signing the Oslo Accords with the Palestinians.

Another death curse ritual was performed in 2005 in protest of former Israeli Prime Minister Ariel Sharon’s decision to evacuate Israeli settlements from Gaza.

Under Israeli law, such practices and rituals are classified as a type of black magic and are forbidden.

Istanbul meeting of Heart of Asia set for Monday