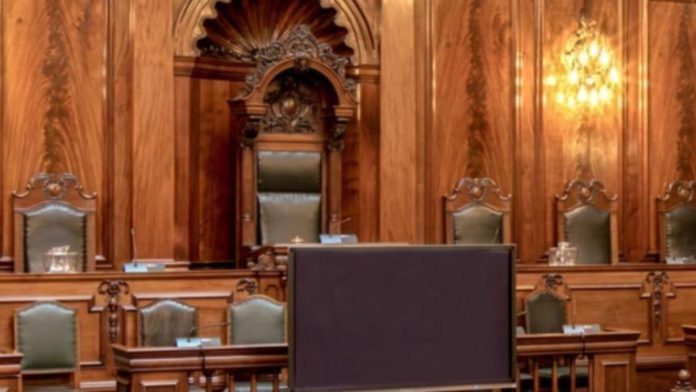 Vishnu Tiwari, a resident of India’s eastern state of Bihar was 23 when a trial court sentenced him to life imprisonment. After 20 long years, in which time every member of his family died, the Allahabad high court four months ago declared him innocent.

Similar in May, 2016 India’s Supreme Court acquitted Nisar-ud-din Ahmad of terrorism offenses after he had spent 23 years in prison. He struggled to start his life afresh at the age of 43.

On the eve of International Justice Day which is being observed on Saturday, legal experts in India have called for reforms to deal with the huge backlog of court cases and ensure speedy justice in the country.

Speaking to Anadolu Agency, renowned Indian lawyer Diljeet Titus said that his firm is dealing with litigation of a case for over the past 25 years.

“The dispute between the contracting parties relates to taxability of certain payments and encashment of performance bank guarantees and these disputes immediately went right up to the Supreme Court,” he said.

Titus said that the use of alternate dispute resolution mechanisms, such as arbitration, conciliation, and Lok Adalats (people’s court), needs to be further strengthened to avoid the burden on the judiciary.

“The budget allocation towards the judicial infrastructure needs to be substantially increased to remove capacity constraints and to have more judges, courtrooms, and secretarial and support staff,” said Titus, who is also the founder of Titus and Co. Advocates, a legal firm in New Delhi.

Stating that the pendency of cases in Indian courts has been a “long-standing problem”, Titus said the filing of new matters is increasing exponentially.

“The recent socio-economic advances and the resultant understanding of legal rights have resulted in an increasing number of people applying to the courts for justice,” he said.

Experts believe that other than the use of technology in judicial and administrative work, the reduction of adjournments and dismissing frivolous petitions with heavy costs on habitual litigators can also play an important role.

“As per the available data, due to the huge pendency, the average number of days taken to dispose-off cases in India is very high. For instance, civil appeals in India take about 1,900 days and criminal appeals take about 2,200 days for disposal,” said the leading lawyer.

According to M. R. Shamshad, advocate-on-record at the Supreme Court of India, the number of judges not proportionate to the huge number of cases is also leading to the pendency of cases.

“Judicial system is not very supportive to the litigant. Infrastructure is lacking in most of the district courts even for a limited number of judges who are at work,” he said.

“The government should allocate additional funds and infrastructure. Drastic reforms in police are needed. For all frivolous cases, accountability needs to be fixed with police and governmental machinery,” he added.

The government claims that over the past two years it has taken steps to strengthen the judicial system, by filling up vacancies in the high courts.

“Apart from filling up vacancies in the high courts, several steps were taken to expedite delivery of justice and court case resolutions, especially given the difficult situation caused by COVID-19 pandemic,” the Law and Justice Ministry said in a statement.

Sealing of English-language daily in Kashmir an 'act of vengeance'