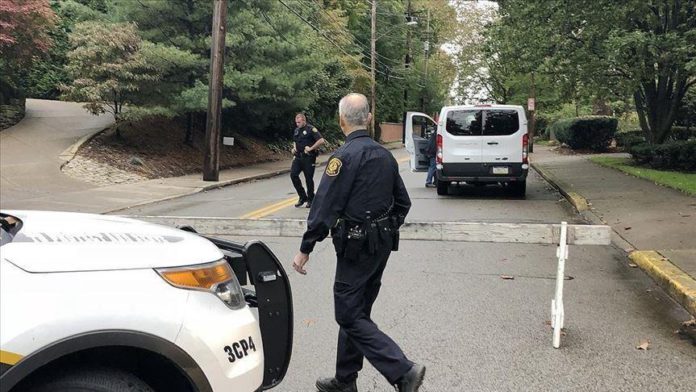 A 22-year-old former nursing student will spend the rest of his life in prison for a shooting spree at a Southern California synagogue in 2019 as part of a plea agreement announced Tuesday.

John Earnest walked into the Chabad at Poway Synagogue near San Diego in April 2019 on the last day of Passover services. He admitted to using a semi-automatic rifle to kill a 60-year-old woman, Lori Gilbert-Kaye, and wound three others, including an 8-year-old girl, along with the Rabbi, who lost a finger after being shot in both hands.

“Earnest admitted that he committed those crimes because of his bias and hatred of Jews, and he admitted that he personally discharged a firearm causing death and great bodily injury,” the San Diego District Attorney’s Office said in a statement.

He also pled guilty to setting fire to the Dar-ul-Arqam Mosque in Escondido “for the purpose of terrorizing Muslim worshipers,” the office said.

Prosecutors also reportedly cited a letter that they say was written by Earnest in which he said he was inspired by a mass shooting at a synagogue in Pittsburgh in 2018 and mass shootings at mosques in Christchurch, New Zealand the following year.

Tuesday’s plea agreement allows Earnest to avoid the death penalty, but it ensures that he will never be released on parole. In addition to his life sentence, Earnest agreed to serving 121 years-to-life and 16 years in a state prison.

“While we reserved the option of trying this as a death penalty case, life in prison without the possibility of parole for the defendant is an appropriate resolution to this violent hate crime and we hope it brings a measure of justice and closure to the victims, their families, friends and the wider community,” the district attorney’s office said.

“After consulting with the Kaye family and the many victims impacted by the shooting, the decision to accept a plea of life in prison was made in the interest of justice and with the knowledge that a parallel prosecution by the U.S. Attorney’s Office and possible plea in that case would prevent the state’s case from moving forward,” it added.

Earnest still faces over a hundred federal hate crimes charges, including 54 counts of obstruction of free exercise of religious beliefs resulting in death or bodily injury — one count for each of the people inside the synagogue at the time.