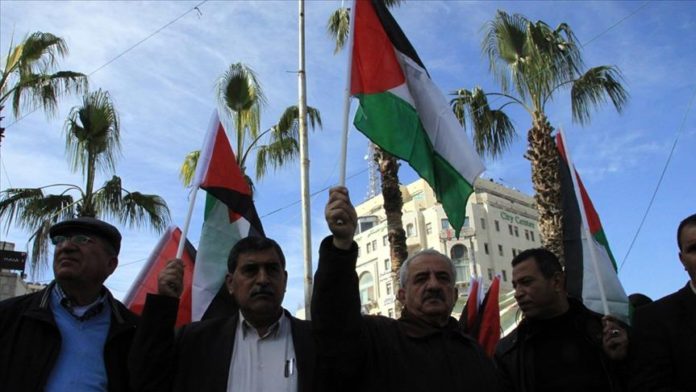 Hamas said Wednesday the next week’s Cairo talks will determine the shape of the group’s participation in the upcoming Palestinian elections.

“The shape of Hamas’ participation in the polls is linked to what we will agree upon during the Cairo talks,” Hamas deputy chief Khalil al-Hayya told a press conference in Gaza City.

Al-Hayya said there are “multiple options” for the shape of his group’s participation in the vote, without giving any further details.

On Monday, Hamas and its rival group Fatah said Palestinian factions will hold talks in the Egyptian capital on Feb. 8 to discuss ways of rendering the elections successful.

Al-Hayya said the discussions will particularly focus on “the legal and judicial process related to the vote”.

Last month, Palestinian President Mahmoud Abbas issued a decree to hold legislative elections on May 22 and presidential polls on July 31, for the first time in 15 years.

The last Palestinian polls were held in 2006, in which Hamas emerged winner.

“We want to go to the vote while we are satisfied with the legal and judicial process, and this process will be the focus of the Cairo discussions,” al-Hayya said.

The Hamas leader underlined the importance of reaching an agreement between Palestinian factions on the formation of an “electoral court”, going on to call for restructuring the Constitutional Court in a “brotherly spirit.”

“There is a legal dispute on the Constitutional Court since its inception, and it was formed in inappropriate circumstances that we object to”, al-Hayya said, adding that the court “must be restrained” because it keeps interfering in the elections, making it difficult for people to vote.

In 2018, the Constitutional Court decided to dissolve the former legislative council dominated by Hamas.

On Jan. 11, Abbas issued three binding decisions that include the formation of new regular courts, the establishment of an independent administrative judiciary at two levels, and the amendment of the Judicial Authority Law. He also issued a decision to promote a number of judges, and to refer six judges to early retirement.

The Palestinian Bar Association rejected Abbas’ decisions, saying that they “undermine the independence of the judiciary”.