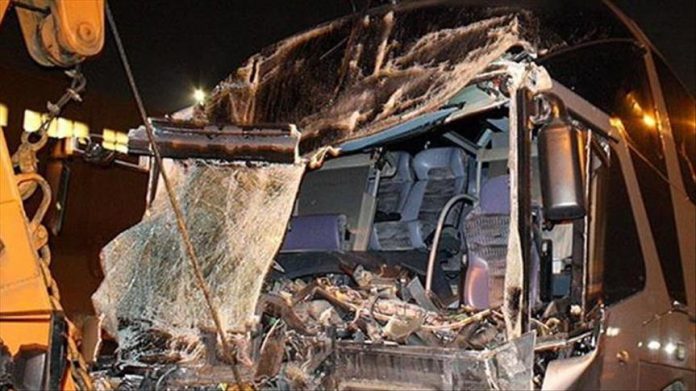 At least 18 people were killed and six others injured on Saturday in a road accident in northern Egypt, according to local media.

The bus carrying workers of a textile plant in the northern Port Said city crashed into a van on the Port Said-Damietta highway, the Al Gomhuria daily reported.

The reason for the accident is yet to be clear, as neither the Health Ministry nor the Interior Ministry have issued any statement on the incident so far.

According to the 2015 report of the World Health Organization, Egypt is ranking 16th for the road safety