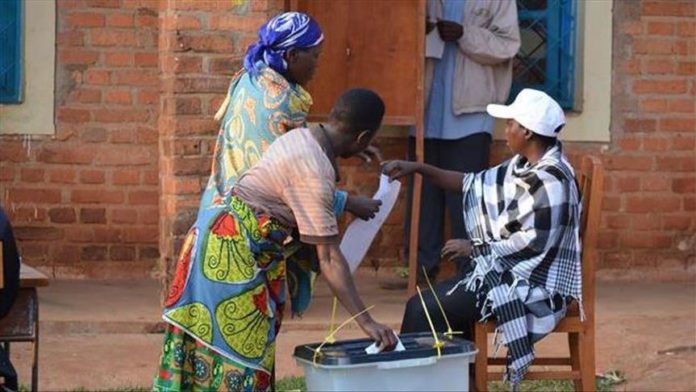 Voters in Burundi will elect a new president and the parliament on Wednesday amid fears of coronavirus or COVID-19 pandemic.

The landlocked country located in the Great Rift Valley in East Africa decided to go ahead with the polls as per schedule despite the threat posed by the pandemic.

The elections will also witness an end of the 15-year rule of Nkurunziza, who has been forced to step out form the race by the ruling CNDD-FDD party.

The election campaign which started on April 27 ended on Sunday, was marred by violence.

The country was plunged into a political crisis since 2015 when Nkurunziza sought a controversial third term in office.

More than 330,000 Burundians fled to Rwanda, Tanzania, Uganda, and DR Congo to escape violence, according to the UN.

Analysts believe that there is a close race between the ruling CNDD-FDD party candidate Evariste Ndayishimiy and the main opposition National Congress for Liberty (CNL) nominee Agathon Rwasa.

The candidates campaigned on a pledge to fix the economy, create jobs, and unify the country.

Ndayishimiye, a retired general was part of the rebel movement with Nkurunziza during the civil war from 1993-2005 that killed roughly 300,000 people.

At his last campaign rally on Saturday in Gihosha district, north of Bujumbura, President Nkurunziza warned against electoral malpractices.

His preferred candidate Ndayishimiye, has promised to listen to all voices and serve all the people once elected to the office.

Rwasa, the deputy speaker of parliament has earlier twice tried his lot in the presidential elections.

The campaign was marred by sporadic violence between supporters of the ruling party and CNL.

Pierre Claver Kazihise, chairman of the electoral commission told reporters that his office had received reports of death, defamation, insults, use of incendiary language, and tearing posters of candidates by the rivals.

According to SOS Medias Burundi, a group of independent journalists, about 145 opposition CNL members were arrested since campaigns started.

“All of this was meant to intimidate the opposition to guarantee the victory of the ruling party but this is partly nonsense,” Rwasa told reporters in Gitega over the weekend.

Human Rights Watch has also accused Burundi’s government of using fear and repression against the opposition.

Last week, a UN Commission of Inquiry expressed concern over violence and human rights abuses in the run-up to the polls.

Oscar Kimanuka, a Kigali based political analyst described the election as “intriguing” saying they should have waited for some months until coronavirus is contained.

“The context under which Burundi is conducting their elections is completely faulty. Despite the political instability and coronavirus pandemic, the leadership is completely oblivious of the seriousness of the matter. Campaigns went ahead like the situation was normal with people hugging and embracing each other,” Kimanuka told Anadolu Agency.

“What happens in Burundi affects its neighbors but I think they have already planned who will take over from Nkurunziza. Things are not likely to be good for Burundi,” he said.

Amid the coronavirus pandemic, Burundi expelled World Health Organization staff after they raised concerns over the potential of spreading the virus through campaign rallies.

The government on May 8 warned the East African regional bloc that its six observers would be subjected to a 14-day quarantine.

“Authorities in Burundi don’t want observers to play any role in the election. How do you observe quarantine rules while ignoring all social-distancing measures? It means you are targeting foreign observers, not to observer elections. The result seems already a foregone conclusion,” added Kimanuka.

The African Union and the United Nations on Sunday called on Burundian authorities to provide a safe and secure environment for the citizens to cast their votes– as well as ensure preventive measures to protect citizens from the COVID-19 pandemic.

In a joint statement, they said they had been following the electoral campaign and remain concerned about reports of intimidation and violent clashes between the supporters of opposing sides.