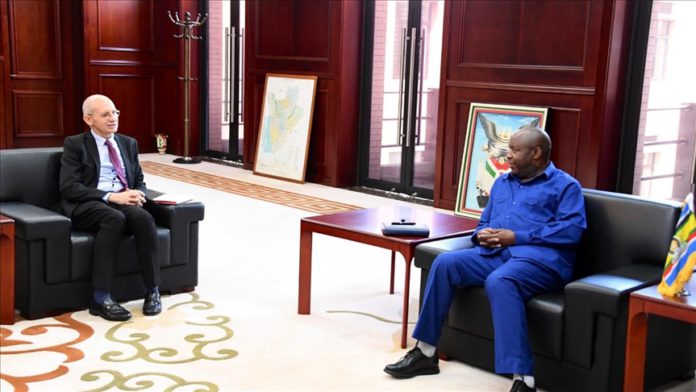 The Burundian government and the EU have agreed to relaunch political dialogue with a view to resuming cooperation after a nearly five-year suspension, the Burundian presidency announced.

EU Ambassador to Bujumbura Claude Bochu called on Burundian President Evariste Ndayishimiye on Monday and “the two sides agreed to break free from the past and look to the future by rebuilding their relationship,” the presidency said late Monday.

“The moment is well chosen given the situation of peace and security which prevails in the country, the massive return of the refugees, good relations with Rwanda, the withdrawal of Burundi from the political agenda of the UN Security Council,” it added.

The Burundian president said the dialogue will continue on the technical level at the foreign ministry level.

Bochu welcomed Ndayishimiye’s speech and “his policy of openness, which constitute a solid basis for the resumption of good cooperation between the European Union and Burundi in a dynamic mutually beneficial partnership.”

In 2016, the EU suspended all direct funding to the Burundian government for failing to meet EU concerns over its human rights record, including the loss of over 400 lives.

Unrest erupted in Burundi, a landlocked African country, in 2015 against a decision by late President Pierre Nkurunziza to run for a third term, which the opposition said was illegal.

*Rodrigue Forku contributed to this story.