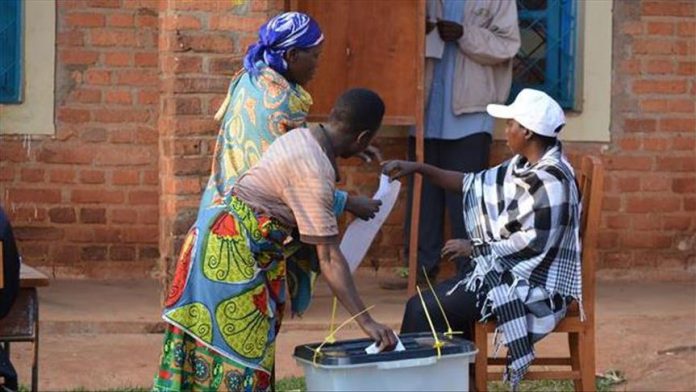 Campaigning for upcoming general elections has begun in the East African country of Burundi amid the novel coronavirus outbreak, as well as political harassment, local media reported on Monday.

Seven candidates are vying for the office of President Pierre Nkurunziza, in power since 2005, after authorities announced on April 7 that elections would go ahead despite the virus.

Burundi has 11 confirmed COVID-19 cases so far and one death, as well as four recoveries, according to figures compiled by the US-based Johns Hopkins University.

In a statement, the Human Rights Watch said health authorities in the country blocked journalists from entering a COVID-19 press conference, indicating that the government is trying to suppress information about the pandemic.

“Violence and repression have been the hallmark of politics in Burundi since 2015, and as elections approach and the COVID-19 pandemic unfolds, tensions are rising,” Lewis Mudge, the Human Rights Watch Central Africa director, said on Monday.

“There is little doubt that these elections will be accompanied by more abuses, as Burundian officials and members of the Imbonerakure [ruling party youth wing] are using violence with near-total impunity to allow the ruling party to entrench its hold on power,” warned Mudge.

The campaign is free, but it prohibits the candidates from using abusive and defamatory words by any means, Pierre Claver Kazihise, the head of the country’s electoral commission, said on Saturday.

Burundi was marred by violence in 2015 when Nkurunziza announced his candidacy for a controversial third term, whereas only two terms are allowed by the country’s constitution.

The crisis led to hundreds of deaths and forced hundreds of thousands to flee the country to seek refuge in neighboring states, according to the UN.

Last December, Nkurunziza said he would not run for another term.