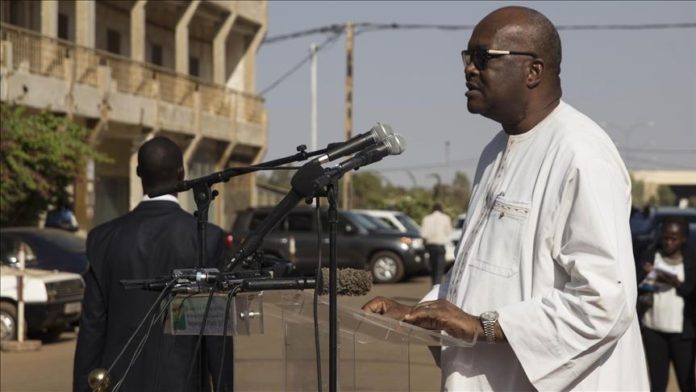 Burkina Faso’s president was sworn in on Monday for a second five-year term in office.

Roch Marc Christian Kaboré, leader of the People’s Movement for Progress Party, was sworn in at the Palais des Sports Ouaga 2,000 in the presence of 1,200 people, including 10 African heads of state or government.

Reelected with over 57% of the vote in the first round of the Nov. 22 poll, Kaboré, 63, promised to “remain attentive to the concerns of all my compatriots, especially with regard to national reconciliation, peace, and security, which are the guarantees of all development actions.”

His first term was marred by terrorist attacks that began a few days after he took office, including an attack on Jan. 15, 2016, on a hotel and a restaurant in the center of the capital Ouagadougou that claimed at least 30 lives.

Since then, the West African country has been rocked by terror attacks, especially in the north and east, bordering Mali and Niger.

At the ceremony, Kassoum Kambou, head of the Constitutional Council, said that faced with the uncertainties due to terrorism, “the people of Burkina Faso are waiting for you to work to strengthen the national unity put to the test by the forces of evil.”