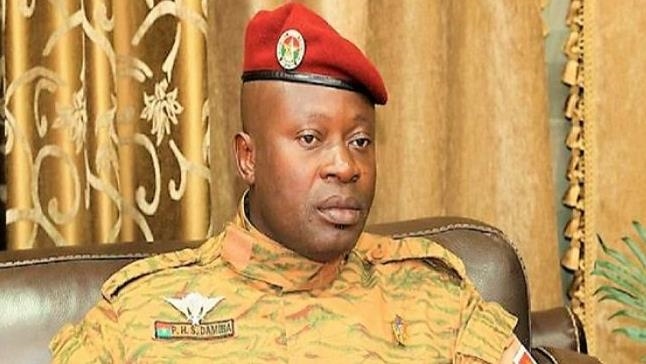 Dressed in camouflage uniform, a red beret, and a sash in the colors of Burkina’s national flag, Damiba’s swearing-in came after the West African country’s Constitutional Council last week formally recognized him as president.

Kabore was detained and later resigned on Jan. 24 following a coup.

The military junta has pledged to re-establish constitutional order within a “reasonable time.”

Earlier this month, the junta announced a 15-member commission that it said will be tasked with “drawing up a draft charter and agenda, together with a proposal for the duration of the transition period.”

In his inauguration speech, Damiba said the commission has already begun its work.

“Its work should indicate the path to follow for a return to a constitutional order accepted by all, and taking into account our security constraints, our realities and the aspirations of our people,” he said.

He said the coming weeks and months will be decisive for Burkina Faso, and called for national reconciliation.

“I address to the Burkinabe of the interior and the diaspora a message of confidence. I am convinced that there is no inevitability as long as we put all our strength together,” he said.

“The world is watching us … In the spirit of the aspirations of our people, I pledge to govern by example,” he added.

On corruption, Damiba said justice and anti-corruption structures will have a crucial role to play, warning that those trying to obstruct the process will bear the consequences of their actions.

The Economic Community of West African States, which suspended Burkina Faso from its governing bodies following the coup, has asked the military authorities to rapidly propose a timetable for the restoration of constitutional order.

The UN Security Council has also expressed “serious concern” over Burkina Faso’s “unconstitutional change of government” last month, and called for the “release and protection of Kabore and other government officials.”