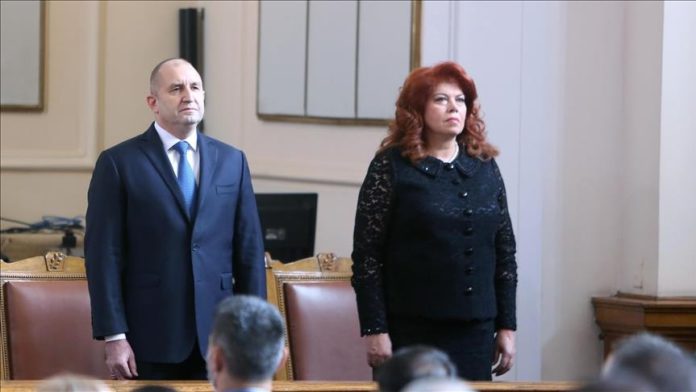 Bulgarian President Rumen Radev and his deputy, Iliana Iotova, were sworn in at a ceremony held in parliament in the capital Sofia on Wednesday.

Radev, who was re-elected to a second term in parliamentary elections on Nov. 14, said Bulgaria must deal with recurring crises and their socio-economic implications in his speech.

“The old authoritarian regime reached its peak during our first term of office. The social reaction against the mafia, which started in 2020, brought to the surface the events and processes that regime ignored,” he said.

In response to Radev’s speech, members of former Prime Minister Boyko Borisov’s Citizens for European Development of Bulgaria (GERB) party, which ruled the country for 12 years until last year, left the hall.

The old regime is no longer in power, but eradicating the “mentality model it left behind will take time,” he said.

Prime Minister Kiril Petkov, members of the government, members of the Constitutional Court, ambassadors, spiritual leaders, and other protocol members were also present at the inauguration.

Radev and Iotova’s new five-year term will begin on Jan. 22.

Singapore's economy shrinks in Q1 due to COVID-19

Breakup of Britain: Majority of Scots back independence