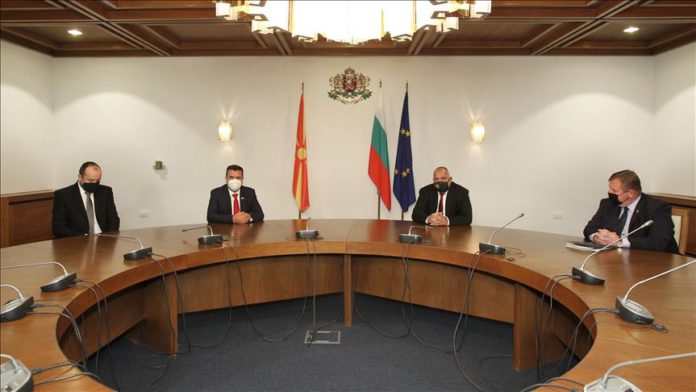 The Western Balkans Summit was held in Bulgaria’s capital Sofia on Tuesday as part of the Berlin Process.

The regional cooperation, common market plan, and the EU’s €9 billion aid package for the region were discussed by some European leaders and EU representatives.

Bulgarian Prime Minister Boyko Borisov emphasized the symbolic importance of holding this meeting under the co-chairs of Bulgaria and North Macedonia.

He said the fact that one of the co-chairs is the EU member Bulgaria and the other North Macedonia from the countries of the region is an indicator of the clear support for the development of the Western Balkans.

“This epidemic, which upsets the world economy and the fates of people, has also shaken our value systems by testing our national health and social systems,” said Borisov.

Borisov underlined that the coordinated work of Sofia and Skopje in the Berlin Process, initiatives were made to strengthen the infrastructure connections of the region, to expand cooperation and regional integration.

Pointing out that the Western Balkans is a market with a population of 20 million, Borisov stressed that this potential will create a perspective for young people, cure the demographic crisis, and reinforce regional cooperation along with good neighborly relations.

North Macedonian Prime Minister Zoran Zaev arrived in Sofia for the summit, and said they exchanged ideas on the main strategic aspects of the region as well as the regional common market action plan.

The guiding principle of the process aims to ensure the continuity of the initiatives initiated during this process and to focus on the results that have positive effects in the region,” said Zaev.

German Chancellor Angela Merkel, who attended the summit virtually, expressed her satisfaction with the progress in regional relations as part of the Berlin Process.

“This includes the creation of a common market. This is an important milestone and a good message for the economic community, especially when the economy is under pressure. This will give significant momentum to people and companies in the region,” said Merkel.

Merkel also said that next year the Western Balkan Summit will be held in Berlin, adding that she hopes to meet in person then.