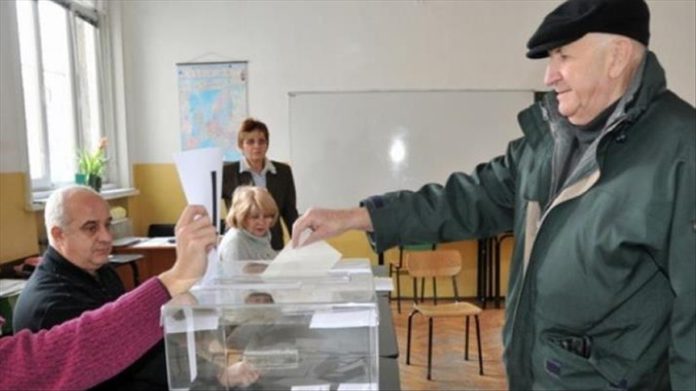 Voters in Bulgaria will head to the polls on April 4 for the country’s 11th parliamentary elections since the overthrow of communist dictator Todor Zhivkov in 1989.

Some 6.3 million eligible voters, including around 850,000 Turks and Muslims, will elect members to the 240-seat National Assembly, the country’s unicameral parliament, from 22 political parties and eight coalitions.

The elections hold special significance for Bulgaria’s Muslim and Turkish population, as they serve as a chance for the centrist Movement for Rights and Freedoms (MRF) party to regain power.

The party, formed at the start of Bulgaria’s journey toward democracy, has a majority of Turks among its members and has played a key role in the country’s politics for over three decades.

The MRF has been in the opposition since Prime Minister Boyko Borisov’s party, Citizens for the European Development of Bulgaria (GERB), formed a coalition government with the ultra-nationalist United Patriots (OP) alliance in 2017.

Bulgaria’s Turkish and Muslim population has traditionally voted for the MRF and will be aiming to get the party back in the government this Sunday.

Borisov’s GERB party has also been wooing Turks and Muslims in the country, but the OP alliance has based its electoral campaign to a great extent on hostility against the minority communities.