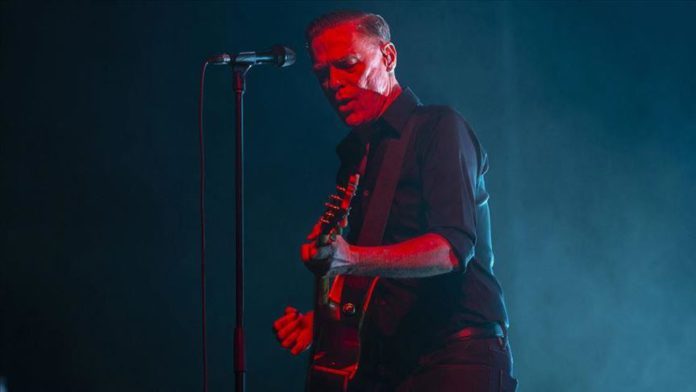 Canadian rock star Bryan Adams has apologized for an online rant over coronavirus condemned by many as “racist.”

“Apologies to any and all that took offence to my posting yesterday,” Adams posted on Instagram on Tuesday.

“No excuse, I just wanted to have a rant about the horrible animal cruelty in these wet-markets being the possible source of the virus, and promote veganism,” the 60-year-old singer added. “I have love for all people and my thoughts are with everyone dealing with this pandemic around the world.”

His apology came after a backlash following his Monday post, in which he expressed frustration that the pandemic had led to the postponement of his shows in London.

“Tonight was supposed to be the beginning of a tenancy of gigs… but thanks to some [expletive] bat-eating, wet-market animal-selling, virus-making greedy bastards, the whole world is now on hold, not to mention the thousands that have suffered or died from this virus,” he wrote.

Some commentators called his “bat-eating” remark racist and anti-Chinese.

“It justifies this racist hatred against Chinese… This is so irresponsible and just so, so, so, so racist,” Amy Go, head of the Chinese Canadian National Council for Social Justice, told CBC News.

Animal rights group PETA, however, supported the singer’s vegan advocacy, saying “it’s crucial for everyone to go vegan now to prevent the next pandemic” in comments to Adams’ Instagram post.

Wet markets, which sell live fish, chickens and wildlife, are a common sight in Asia.

Last week, the World Health Organization said one such market in Wuhan, China, the initial epicenter of the virus, could be the source of the outbreak.

The virus originating in China has resulted in racist incidents against people of Asian descent worldwide.