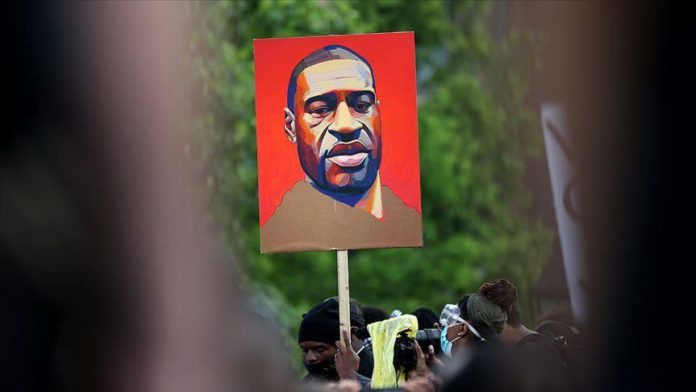 George Floyd’s brother on Wednesday called for the UN to form an independent commission to “investigate police killings of black people” and violence against peaceful protesters in the US.

Floyd, an unarmed black man, died after being pinned down by a white police officer in Minneapolis, Minnesota last month, sparking ongoing protests across more than 300 US cities and many others across the world.

“My brother George Floyd is one of the many black men and women that have been murdered by police in recent years,” said brother Philonise Floyd, addressing the UN Human Rights Council (HRC) from the US via video link.

“The sad truth is that the case is not unique. The way you saw my brother tortured and murdered on camera is the way black people are treated by police in America,” Floyd said at the event about ongoing race-related human rights violations, systemic racism, police brutality and violence against peaceful protests after Floyd’s death.

The African Group had on Monday requested the HRC to convene the urgent debate after the killing of Floyd.

African countries have been lobbying for a special UN inquiry into “systemic racism” and “police brutality” in the US and elsewhere, focusing on the rights of people of African descent. The debate on the framing of this issue was to follow the urgent debate on racism.

Also speaking in the debate, UN human rights chief Michelle Bachelet said many people in the world questioned the pervasive role of policing in some societies where law enforcement are called to act as crisis managers, counselors, social workers and much besides.

“Concerns such as these are leading to more fundamental questions about whether we need to reconstruct from the ground up, rather than just reform in a piecemeal fashion, the approaches to policing in our societies,” said Bachelet, adding that it was in the interest of all law enforcement officers to be “held to a high and honorable standard.”

In her statement, Bachelet said: “Whether or not they are filmed and go viral on social media, acts of misconduct by police personnel should be met with immediate investigation, sanction or prosecution, based on international standards.”

She quoted General Mark Milley, chairman of the US Joint Chiefs of Staff, who acknowledged last week that Floyd’s death had “amplified the pain, the frustration, the fear that so many of our fellow Americans live with day in and day out,

“The protests that have ensued speak not only to his killing but to the centuries of injustice toward African Americans.”

The US withdrew from the HRC on June 18, 2018, over charges of alleged bias against Israel and allegations that the body serves as a protector of rights abusers. It did not address this debate.

Andrew Bremberg, the US ambassador to the UN in Geneva, issued a written statement before the HRC debate began.

“The United States recognizes and is committed to addressing its shortcomings, including racial discrimination and injustices that stem from such discrimination that persist in our society,” he said.

“We are not above scrutiny; however, any HRC resolution on this topic that calls out countries by name should be inclusive, noting the many countries where racism is a problem,” he added.