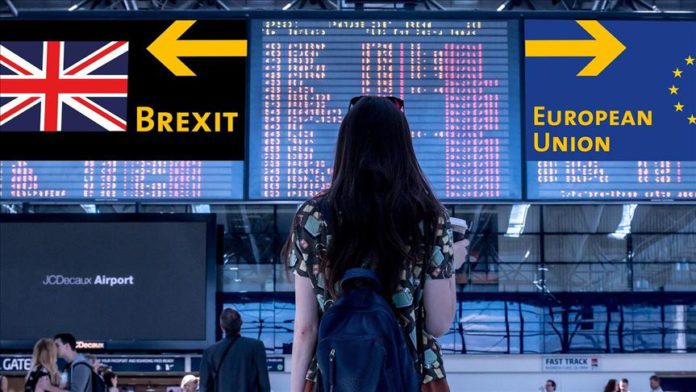 A new poll showed that less than half of Brits believe that Britain is a force for good in the world, down 10 points since April 2019, pollsters Ipsos Mori reported on Monday.

Ipsos Mori carried out the poll for the EU-UK Forum, a new Brussels-based group which promotes closer post-Brexit ties between the two sides.

The poll found that only 49% of Brits believe Britain is a force for good in the world.

Overall, 36% said Britain should expand its influence around the world rather than reduce it, while 16% disagreed and 35% said it should stay the same.

There is still a deep divide between those who voted Leave and Remain in the 2016 Brexit referendum.

For Leavers, 65% said Britain is a force for good in the world, compared to 45% of all Remainers.

Twenty-eight percent of Leavers said Britain should stop pretending it is an important power in the world, compared to 50% of Remainers.

Four out of 10 members of the public believe Europe remains Britain’s most important relationship, double those who chose the Commonwealth or the US, who scored two out of the each.

Four out of five believe it is important to maintain a close relationship with the EU despite Brexit, but only 39% believe that is likely, down 13 points since last year.

Forty percent of people chose striking a trade agreement with the EU as the top priority for Britain’s future relationship with the bloc.

Kelly Beaver, the managing director of Public Affairs at Ipsos MORI, said: “With the Brexit negotiations reaching a peak as we approach the end of the transition period, optimism about a future close relationship with Europe has fallen, despite the widespread desire to achieve that close relationship.

“It is clear that the public’s primary concern is securing a trade deal with the EU and so many will be watching how this develops in the coming weeks. More broadly, while concerns are growing about Britain’s role in the world, still only a minority want to see us step back from the global stage.”

Paul Adamson, the chairman of the EU-UK Forum, said: “The polling shows that the vast majority of people think it is important for the UK to keep a close relationship with the EU despite Brexit and only a minority wants to see the UK stepping back from the global stage.

“Since Brexit is a process not a final destination, the EU-UK Forum is being launched to facilitate and nurture constructive and informed dialogue between the UK and the EU.”

US, French envoys to Beirut in Saudi Arabia to discuss Lebanon...