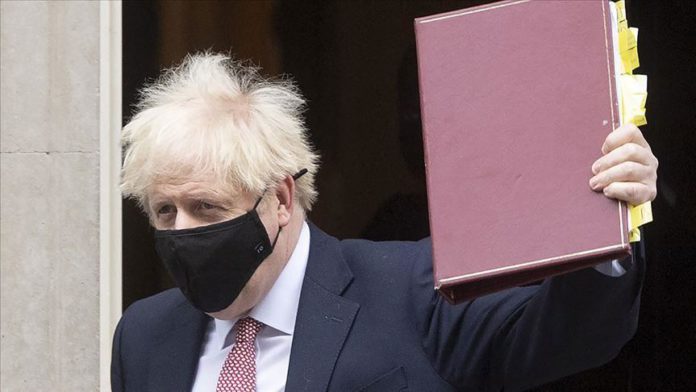 The first tier is “Medium,” will cover most of the country and include existing national measures, including shutting pubs at 10 p.m. and not meeting in groups larger than six people outside the home.

The second tier is “High,” and will cover areas where additional local restrictions are already in place, including a ban on different households mixing. Areas including Nottinghamshire and east and west Cheshire will be included in this tier.

The third tier is “Very High,” and will cover areas where cases are rising rapidly and the National Health Service is under threat of being under “unbearable pressure.” Measures in this tier include banning social mixing indoors and closing pubs entirely.

The port city of Liverpool will be in the third tier, including closures of gyms and leisure centers. Pubs and bars will only be allowed to stay open if they can operate as restaurants.

By late Monday, every local authority in England should be placed in a tier.

Johnson said a second national lockdown would not be “the right course,” but that letting the virus run its course would lead to an “intolerable death toll.”

The number of cases has quadrupled in the last three weeks, he added, and there are now more people in hospital with coronavirus than in March, when a national lockdown was imposed.

“The weeks and months ahead will continue to be difficult and will test the mettle of this country,” Johnson said. “I have no doubt at all that together we will succeed.”

Responding to Johnson’s statement, opposition Labour Party leader Sir Keir Starmer said he has “tried to give the prime minister the benefit of the doubt,” but that Johnson was “several steps behind the curve and running to catch up.”

The local measures the government has brought in so far “have not worked,” Starmer said, adding: “I have to say I’m now deeply skeptical.”