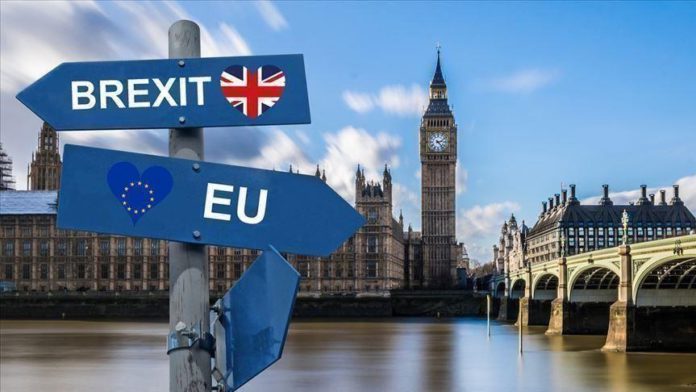 British lawmakers in the lower house of the UK Parliament overwhelmingly voted in favor of the government’s Brexit trade deal with the EU on Wednesday.

MPs voted 521 to 73 in favor of the deal, and the bill is now sent to the House of Lords, the UK parliament’s upper chamber, where it is expected to be passed today.

The extraordinary speed with which the bill is being forced through parliament will allow it to be given Royal Assent by the Queen, and as such pass into law, before the expiration of the Brexit transition period at 11:00 p.m. local time (2300GMT) on New Year’s Eve.

Johnson said in parliament: “The central purpose of this bill is to accomplish something that the British people always knew in their hearts could be done but which we were continually told was impossible.”

“We were told we could not have our cake and eat it… namely that we could trade and cooperate with our European neighbours on the closest terms of friendship and goodwill, whilst retaining sovereign control of our laws and our national destiny,” he said.

Johnson praised the deal as “a new relationship between Britain and the EU as sovereign equals.”

Former Prime Minister Theresa May, Johnson’s predecessor, said her deal was better but that MPs should vote in favor of Johnson’s deal to avoid a no-deal Brexit.

“We have a deal in trade that benefits the EU, but not a deal in services that would have benefited the UK,” she said.

Anti-Brexit MPs criticized both the substance of the deal, which they feel left the country worse off, as well as the manner in which it was being rushed through parliament without proper scrutiny.

The ruling Conservative Party largely voted in favor, and the main opposition Labour party were told by its leadership to vote in favor as well, though there were a handful of rebels who either voted against or abstained.

Smaller opposition parties, including the Scottish National Party, Plaid Cymru, and the Liberal Democrats all voted against the deal.

US defense chief says Iran intended to kill US soldiers