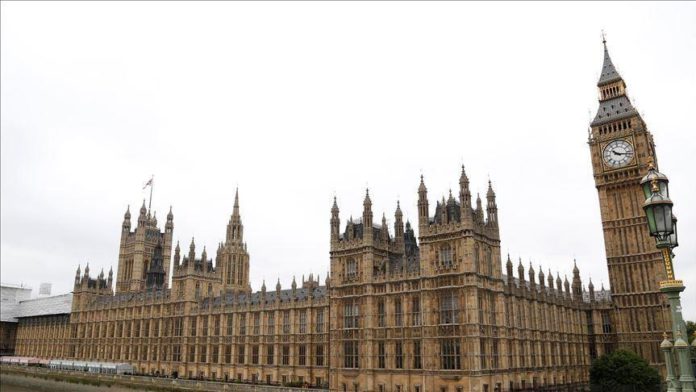 A British MP has defended the honor of Islam’s Prophet Muhammad in an impassioned speech in Parliament, highlighting the emotional stress and harm caused to Muslims across the world by the offensive cartoons and caricatures repeatedly published in Europe.

Naz Shah, an MP for the opposition Labour party, addressed the House of Commons on Monday regarding a proposed law that aims to criminalize vandalism of statues and mitigate the emotional harm caused by destruction of such icons.

If passed, the law will introduce a jail term of up to 10 years for anyone found guilty of attacking and vandalizing statues.

“This proposed legislation will put a maximum 10 years sentence in place for those people that damage or attack statues – asserting into British law a significantly higher penalty for attacking a statue,” she said.

“Which begs the question – why? Why will a person be given a much more significant penalty for attacking a stone or iron statue compared to if they were to damage a stone wall or an iron gate, especially because in their physical form they’re identical; neither are alive, can’t be injured or have their feelings hurt and are made of the same elements, yet for one there is much more significance? I simply ask, why?”

Shah used her speech to highlight the same issues faced by Muslims in the UK and across the world when it comes to the defamation of what they hold dear.

“As a Muslim, for me and millions of Muslims across this country and the quarter of the world’s population that is Muslim too, with each day and each breath, there is not a single thing in the world that we commemorate and honor more than our beloved Prophet Muhammad (peace be upon him),” she said.

Shah drew comparisons between the British people’s attachment to figures such as Winston Churchill and Oliver Cromwell and Muslims’ love and endearment for their prophet.

Just as this new law aims to protect historical figures of the UK, the same protection should be extended to figures and individuals that hold importance for other communities, the lawmaker stressed.

“When bigots and racist defame, slander or abuse our Prophet (peace be upon him), just like some people do to the likes of Churchill, the emotional harm caused upon our hearts is unbearable. Because for 2 billion Muslims, he is the leader we commemorate in our hearts, honor in our lives and forms the basis of our identity and our very existence,” Shah asserted.

Acknowledging the importance and symbolism of monuments in UK history, she defended the right to debate and disagree about the significance of any historical figure, but argued that the defamation of any historical monument was wrong and deeply divisive.

“To those who say it’s just a cartoon, I won’t say it’s only a statue because I understand the strength of the British feeling when it comes to our history, our culture and our identity. It’s not just a cartoon and they’re not just statues. They represent, symbolize, and mean so much more to us as human beings,” Shah said.

She also quoted author and playwright George Bernard Shaw, who said of the Prophet Muhammad: “He was by far the most remarkable man that ever set foot on this earth. He preached a religion, founded a state, laid down a moral code, initiated numerous social and political reforms, established a powerful and dynamic society to practice his teachings and completely revolutionized the worlds of human thought and behavior for all times to come.”

* Ahmet Gurhan Kartal contributed to this story from London