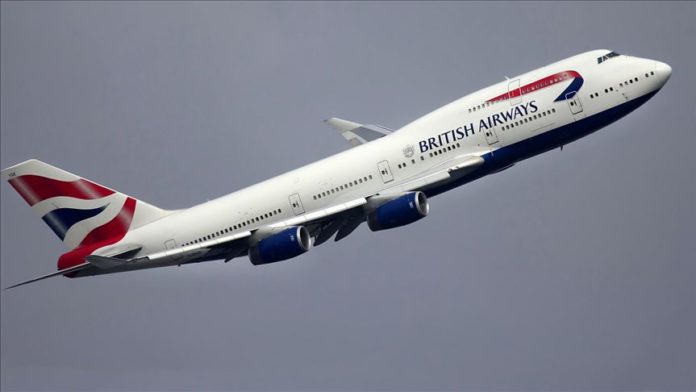 British Airways (BA) launched legal proceedings against the British government, local media reported on Sunday, over its new quarantine rules for international arrivals that are set to come into force tomorrow.

International Airline Group (IAG), which owns BA, sent the government a pre-action protocol letter, the first step in a judicial review, on Friday.

From Monday, the British government will require travelers coming from abroad to quarantine for two weeks.

British airlines have vocally protested the government’s plans, and IAG’s letter was co-signed by fellow airlines and rivals EasyJet and RyanAir

The letter said: “In our view, the Government has failed to identify a valid justification for the blanket nature of the regulations, especially given the extremely severe nature of the self-isolation provisions that apply.”

It said the government’s policy was illogical and unfair, coming months too late to make an impact on the rate of transmission of coronavirus inside the UK.

There are fears the policy could wreck any prospect of recovery in the airline industry, with the British and global economy already in dire straits due to the pandemic.

IAG Chief Executive Willie Walsh had previously described the government’s policy as “terrible,” and told Sky News on Friday: “We think it’s irrational, we think it’s disproportionate, and we are giving consideration to a legal challenge to this legislation.”