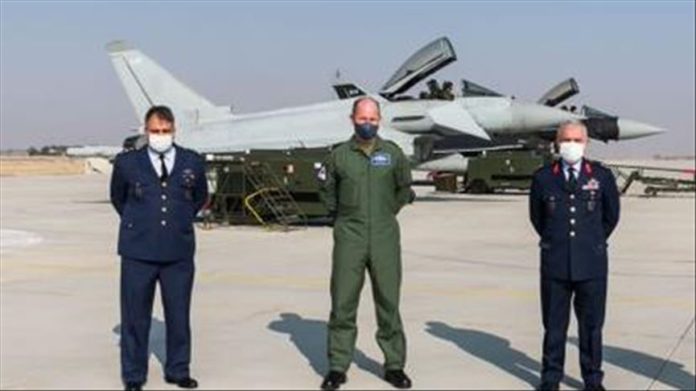 “Meeting with senior commanders and the UK Typhoon Detachment, he visited their Weapons and Tactics Facility and members of the Turkish Air Force,” the Royal Air Force (RAF) said on Twitter.

“A national project the nation can be proud of, symbolic of the strength of the UK and Turkey bilateral relationship,” he added.

Turkish Aerospace also said on Twitter that they are pleased to host Wigston and delegates accompanying him.

A British Eurofighter Typhoon jet and two Turkish F-16s conducted their first training flight as part of #NATO training on Wednesday, according to a statement by Turkey’s National Defense Ministry.

Under the deal, the company will support TUSAS-TAI’s engineering team until the Critical Design Review (CDR) stage. ​​​​​​​

US postal workers held for ties to Mexican drug cartels