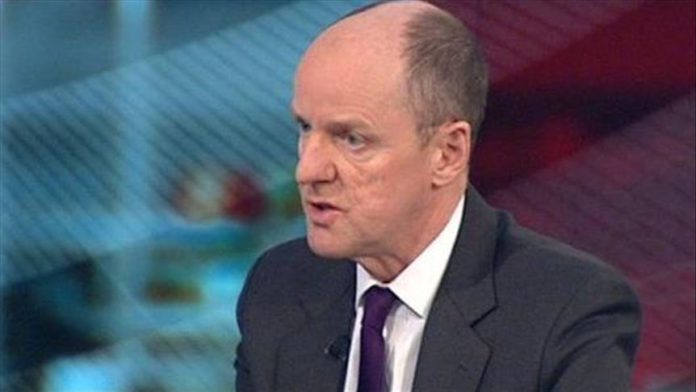 Britain said it aimed to make the English Channel crossing “unviable” for “illegal migrants” as it also called on France to do more, local media reported on Saturday.

Government Minister Nick Gibb told Sky News: “We’re talking to French ministers about preventing people leaving France in the first place, and then finding other ways of making sure that we return boats to France when they’re trying to make what is a very dangerous crossing.”

The government’s plans to “push back” migrant boats have been criticized, however.

Speaking to the BBC, former Labour Home and Foreign Secretary Jack Straw said: “I don’t think that just trying to push these people back is going to work and it will only take one of these dinghies to capsize and everybody to drown, which is perfectly feasible, for there to be a hullabaloo, including in the Conservative Party, and for the policy to have to be reversed, so I wouldn’t go down that route.”

The UK wants France to stop the small boats traveling to England and take them back to France, rather than guiding them into British waters.

British Immigration Minister Chris Philp will meet with his French opposites next week.

Philp has said he wants migrants caught crossing the Channel to be fingerprinted and face “real consequences”, including deportation or being taken into custody for breaking the law.

In an article for the Telegraph, he wrote: “These crossings are not only dangerous and illegal, but totally unnecessary.”

“Migrants who set off from France have travelled through safe EU states with well-run asylum systems,” he wrote. “Genuine refugees should claim asylum there, not risk their lives at the hands of criminals, and break the law by seeking to enter the UK by illicit means. The government is determined to make this route unviable.”

“Illegal migrants need to be fingerprinted so they know that once detected, they face real consequences if they try to cross again. This will help us break up the gangs that facilitate these crossings,” he wrote.

The Home Office has gone as far as to suggest the Royal Navy might be drafted in to patrol the Channel against migrants.

A Defense Ministry source was quoted by local media as saying the idea was “completely potty”.

The source added: “It’s beyond absurd to think that we should be deploying multimillion-pound ships and elite soldiers to deal with desperate people barely staying afloat on rubber dinghies in the Channel. It could potentially put people’s lives at even greater risk.”

Stephen Hale, the chief executive of British charity Refugee Action, was quoted by the Guardian as saying: “It’s deeply troubling the government is trying to shirk its responsibility to help people fleeing from some of the world’s most violent and oppressive countries.

“The government must urgently restart its hugely successful refugee resettlement program, on hold since March, and make a long-term commitment to this. It must also finally reform the restrictive rules on family reunion so that families are not kept apart.”

The past two years have seen rising numbers of migrants arriving from France by sea.

Over 350 migrants arrived just on Thursday and Friday this week, with Kent County Council saying they have taken in 400 unaccompanied migrant children this year.