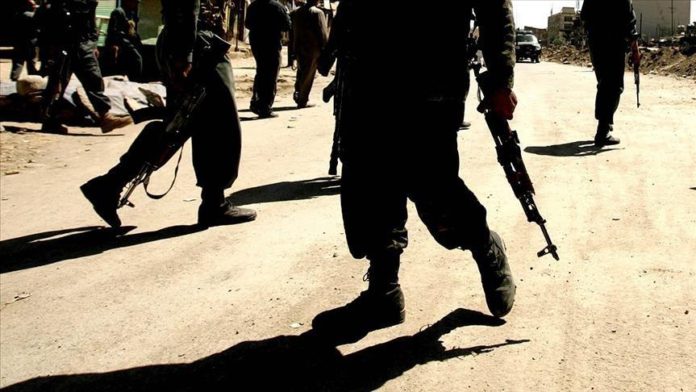 With most international forces concluding their military missions in Afghanistan, the brisk advances of the Taliban have raised serious questions over the sustainability of the nascent Afghan security forces.

Within weeks of US President Joe Biden’s announcement of an exit strategy in May, the Taliban insurgents marched on to capture more than 150 districts in the face of an estimated 350,000-strong Afghan government forces.

Edge over Taliban in air

“The air force is clearly an edge the Afghan government has over the insurgents and their regional backers,” former head of the Afghan Air Force Gen. Atiqullah Amarkhail told Anadolu Agency.

Much more was needed, however, in terms of training, equipping and leading the Afghan Air Force to transform it into a standard force, he said.

Afghan officials have been charging neighboring Pakistan and Iran with supporting the Taliban rebels, which Tehran and Islamabad have denied.

The Taliban have recently claimed to have downed a number of military choppers, with analysts pointing to their having access to Iranian anti-missile technology.

In a 2021 High Risk List which outlines specific areas of the US government’s reconstruction effort in Afghanistan, SIGAR head John F. Sopko categorically pointed to “capability gaps” and the Taliban’s violent attacks in clear defiance of the peace deal with the US as the reasons behind the high casualty rates among forces and civilians.

For its decisive effectiveness on the battle fronts, even off-duty Afghanistan Air Force pilots have been increasingly faced with targeted assassination bids by the Taliban.

On Sunday, the Taliban’s main war front spokesman, Zabihullah Mujahid, claimed the group had killed a pilot, Aziz Ullah, in a “tactical” assault in the Bani Hisar area just outside Kabul.

He was not the first among his peers to fall prey to attacks in recent days.

For the Afghanistan Air Force, the Pentagon has since 2010 appropriated over $8.5 billion, according to SIGAR.

Questions regarding aircraft maintenance and training of maintainers remain elusive. Fewer US and coalition forces will increase reliance on contractors, creating additional operational and oversight risks and challenges. Further, the potential withdrawal of contractors from Afghanistan may leave the Afghanistan Air Force and Special Mission Wing without vital support if the US Department of Defense does not identify alternatives.

Afghanistan was set to receive at least seven more Black Hawk helicopters from the US this month to add strength to its air power.

In the face of a hardened grassroot Taliban insurgency, analysts believe another ray of hope for the Afghan government has been its elite forces of the army, which are more commonly known as commando forces.

The number of these elite units is said to be relatively small but quite effective in terms of reach and capabilities. With an estimated strength of around 25,000, the Afghan National Army Commando Corps has been instrumental in pushing back the Taliban from Ghazni, Kunduz, Badakhshan, and other provinces.

Army veteran Brig. Ali Khail told Anadolu Agency that even the commandoes, if overstretched, cannot prove sustainable in the wake of insurgents’ advances in small towns and villages amid alleged “conspires and deals” between local strongmen and the insurgents.

“This (Afghan National Army Commando Corp) is a conventional force not necessarily trained to always go to villages to suppress and push the rebels out, who return back due to weakness and loopholes in other parts of the security apparatus,” said Ali.

He added that the Taliban’s advances might prove temporary as they lack the grassroot support they had in the 1990s, when people saw them as saviors during the civil war.

The Afghan government has meanwhile authorized the revival of local police units, which have a tainted past.

Deputy Interior Minister Naqibullah Fayeq said in a statement last week that the move was approved by President Mohammad Ashraf Ghani in a bid to counter the insurgents on their assault spree.

“The local police are no different from the national police. They will be trained, will be subject to military law, will be paid and will work 24 hours a day,” he said, adding the only difference is that the local police will serve in the community with the support of the locals.

It is worth noting that the idea of the Afghan local police was first conceived by former US General David Petraeus back in 2010 and was seen as very effective against the Taliban though charged with rights abuses.

SIGAR in its report also pointed to the existence of “ghost soldiers” who only exist on paper for the purpose of monetary corruption. It noted that there are some 180,869 Afghan National Army and 91,596 Afghan National Police personnel enrolled and accounted for, which clearly fell short of the overall estimated strength of 352,000.

The Afghan government has rejected these assertions, however.