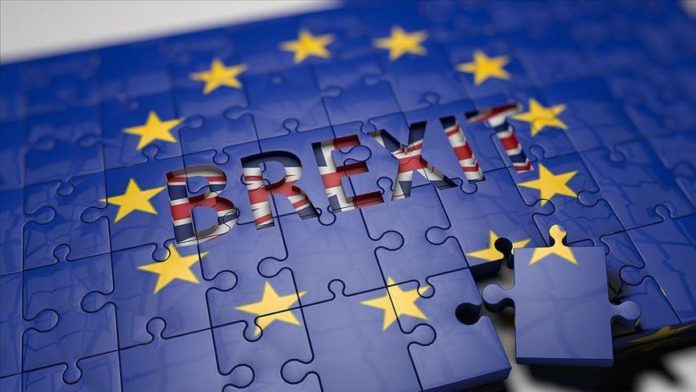 Whiplash and incredulity were the order of the day Monday in the UK, with efforts to avoid a no-deal Brexit looking increasingly futile.

After telling parliament that the EU had “in effect” ended negotiations with the UK, British Government Minister Michael Gove welcomed a “constructive move” by the bloc after being informed of a tweet by Michel Barnier, the EU’s chief Brexit negotiator.

Barnier had called his British counterpart Lord Frost earlier in the day, and then tweeted: “I confirmed that the EU remains available to intensify talks in London this week, on all subjects, and based on legal texts. We now wait for the UK’s reaction.”

He sent his tweet just as Gove was speaking in parliament, where he said the bloc had effectively ended talks for a post-Brexit trade agreement last week after publishing their conclusions from their European Council summit.

“The conclusions of that Council reaffirmed the EU’s original negotiating mandate, they dropped a reference to intensive talks that has been in the draft and they declared that all, all future moves in this negotiation had to be made by the UK,” he said.

“The EU was only willing to conduct negotiations on fewer than half the days available and would not engage on all of the outstanding issues. Moreover, the EU refused to discuss legal texts in any area as it has done since the summer,” he said.

“Indeed it’s almost incredible to our negotiators we have reached this point in the negotiations without any common legal texts of any kind.”

Informed in parliament of Barnier’s tweet, he then responded that British “firmness” was “bearing fruit” and welcomed the “constructive move on the part of the EU.”

“I now believe it is the case that Michel Barnier has agreed to the intensification of talks and also to working on legal texts,” Gove said, adding that this reflected “the strength and resolution our prime minister showed.”

In a notable exchange that went viral on social media, former Prime Minister Theresa May asked Gove about the security implications of a no-deal Brexit.

May, a former home secretary, asked Gove to confirm “if the UK walks away with no deal, then our police and law enforcement agencies will no longer have the necessary access to databases, such as PNR [passenger name record], in order to continue to identify and catch criminals and potential terrorists in order to keep us safe?”

Gove responded that “the EU are insisting that, before we have access to systems, like the Schengen Information System, we have to accept the jurisdiction of the European court of justice – we cannot accept that.”

He added: “The second thing I’d say is there are many, many areas in which we can cooperate more effectively to safeguard our borders outside the European Union than we ever could inside.”

May was clearly unimpressed, and mouthed “what?” in disbelief. Her reaction was picked up by cameras and quickly went viral on social media.